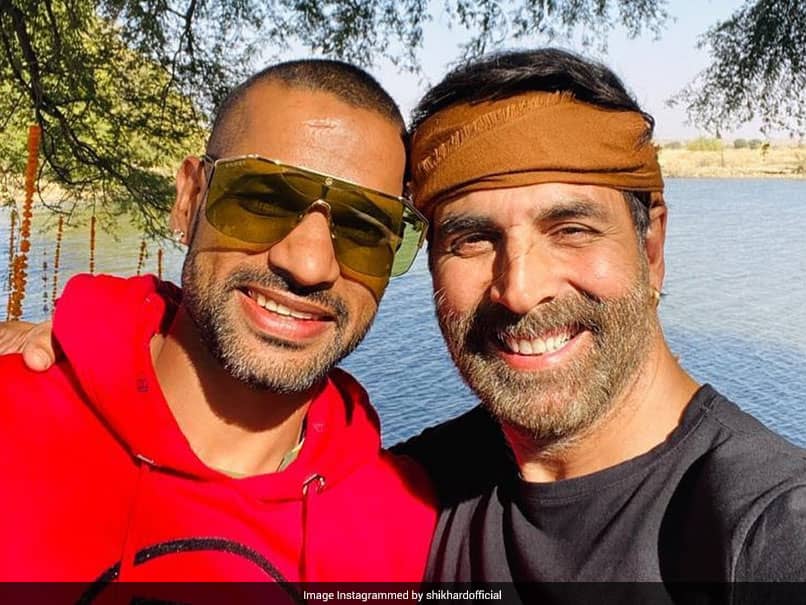 India opener Shikhar Dhawan on Monday took to Instagram to share a picture with Bollywood star Akshay Kumar. Dhawan, who was last seen in action during the limited-overs leg of India's tour of Australia, was seen near a lake with Akshay Kumar. Both the stars could be seen smiling away. "Always a fun time with you paaji," he wrote with a hug emoji. "Lovely meeting you," he added, tagging the "Welcome" star. Dhawan is seen sporting a red hoodie, while the actor is seen wearing a dark grey t-shirt.

Earlier on Monday, Dhawan's national teammate Yuzvendra Chahal took to social media to praise the left-hander batsman for being a great host to him and his wife Dhanashree Verma.

Dhawan had a great season in the Indian Premier League 2020. He finished as the tournament's second-highest run-scorer with 618 runs, helping his team Delhi Capitals reach the final of the tournament for the first time.

He also became the first batsman to score back-to-back centuries in the history of the IPL.

Dhawan then went to Australia with India, where the visitors first lost the ODI series 2-1.

However, Dhawan hit a half-century in the 2nd T20 International (T20I) as India won the series 2-1.

The opener has been left out of India's squad for the first two Tests against England. However, he is expected to play a big role when the two sides meet for five T20Is and three ODIs after the Test series.