Shikhar Dhawan can be seen giving horseback riding lessons to his son Zoraver in a video tweeted by him. 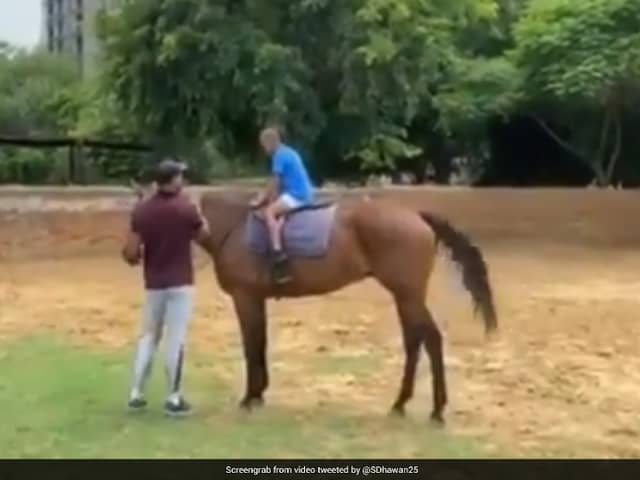 India opener Shikhar Dhawan has been spending quality time with his family during the coronavirus-enforced lockdown, with cricket coming to a halt due to the virus crisis. Dhawan on Wednesday shared a video on Twitter where he is seen giving horse-riding lessons to his son Zoraver. "Teaching Zoraver the joy of horseback riding. He enjoyed time spent with his new friend," Dhawan tweeted along with the video, where he and Zoraver can be seen taking turns to ride on a horse.

Teaching Zoraver the joy of horseback riding He enjoyed time spent with his new friend pic.twitter.com/x5Sqkuj4sT

First, Dhawan is seen riding on the horse. In the second half of the video, Zoraver is seen sitting on the horse while Dhawan runs alongside them, giving his son some tips.

Dhawan recently got a haircut from "headmaster" Zoraver. The left-hander shared a video on his Instagram story where Zoraver could be seen giving him a "fresh look".

Dhawan also shared a video of Zoraver making a chapati dressed in a Flash outfit.

Dhawan will be seen playing for Delhi Capitals if and when the 13th edition of the Indian Premier League (IPL) commences.

For Dhawan, the IPL was of much more significance than other players as he was coming off an injury break and he would have been looking to use the cash-rich league to prove his match-fitness and strengthen his case to make a comeback into the national team.

According to reports, the IPL will be held between September and November, with the T20 World Cup in Australia set to be postponed due to the coronavirus pandemic.