Javed Miandad, who is known to speak his mind on matters relating to cricket, had accused Shahid Afridi of match-fixing 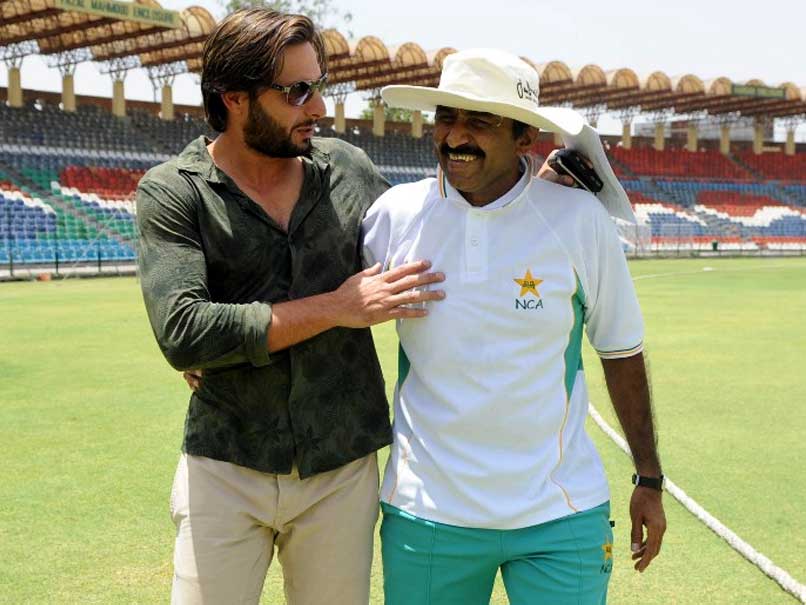 Shahid Afridi has hit back at Javed Miandad over the match-fixing allegations.© AFP

Angered by Javed Miandad's latest attack on him, Shahid Afridi is set to take the legendary Pakistan batsman to court.

Miandad, who is known to speak his mind on matters related to cricket, had accused Afridi of match-fixing.

"I challenge Afridi to swear upon his daughter and say that he didn't sell Pakistan's matches," Miandad had said.

Speaking at a book launch function on Sunday, Afridi hit back at Miandad.

"Money has always been an issue for Javed Miandad. It doesn't suit a legendary cricketer like him to pass such irresponsible comments," the 36-year-old told reporters.

Afridi also took to social micro-blogging site Twitter to inform his fans and followers that he was no longer willing to tolerate Miandad's constant attacks.

Javed Miandad is legend of cricket but he used very harsh words on TV for long time. He made personal attack on me for no reason1/2

I tolerated for long time but every person has a limit, sad that Javed Miandad was making personal attacks for long time2/2

I regret what I said to a senior but of course I had to eventually react to his behaviour.

The 59-year-old Miandad had earlier accused Afridi of wanting to play a farewell match for financial reasons.

Recently, the former Pakistan cricketer was also in the news for his foul-mouthed tirated against Indian PM Narendra Modi went viral.

Afridi, who only plays the T20 format, wasn't picked for the West Indies series by the Pakistan Cricket Board.