Shahid Afridi Says He Has Tested Positive For Coronavirus

Shahid Afridi took to Twitter on Saturday to reveal that he had tested positive for coronavirus. 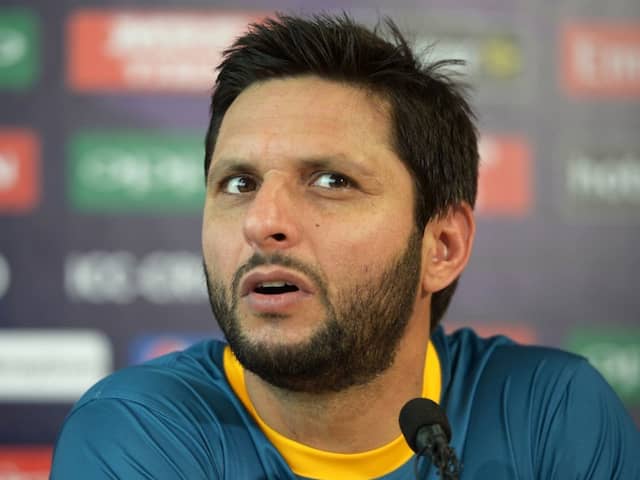 Shahid Afridi said that he had been feeling unwell since Thursday.© AFP

Former Pakistan all-rounder Shahid Afridi on Saturday revealed that he has tested positive for coronavirus. Afridi, who represented Pakistan in 27 Tests, 398 One-day Internationals (ODIs) and 99 Twenty20 Internationals (T20Is), took to Twitter to break the news, saying that he had been feeling unwell since Thursday and after getting tested for coronavirus, his results returned positive. "I've been feeling unwell since Thursday; my body had been aching badly. I've been tested and unfortunately I'm covid positive. Need prayers for a speedy recovery," wrote the former Pakistan skipper on his official Twitter handle.

Last month, Shahid Afridi had stepped in to buy a bat owned by Bangladesh's Mushfiqur Rahim after a charity auction for coronavirus victims was derailed by fake bids.

Mushfiqur put the bat he used to score Bangladesh's first Test double hundred in 2013 against Sri Lanka up for the highest bidder online this week. But organisers called off the auction as fake offers sent the price soaring over USD 50,000, Mushfiqur said.

"Afridi contacted me personally and I sent him a link of the bid," the Bangladesh cricketer said in an online forum.

During the fag end of his career, Afridi impressed more with his bowling skills than his batting skills. He finished with 395 wickets to his name in the 50-over format in addition to taking 48 and 98 wickets in Tests and T20Is respectively.