Shafali Verma slipped to third position in the ICC rankings after managing only two runs in the Women's T20 World Cup final against Australia in Melbourne. 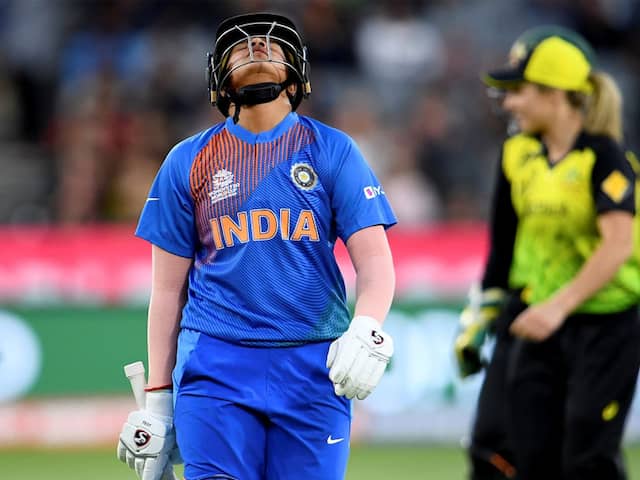 Shafali Verma had grabbed the top spot at the end of the league stage.© AFP

Teenage Indian batting sensation Shafali Verma on Monday lost the top spot in the ICC Women's T20 International rankings as she slipped to third after managing only two runs in the World Cup final against Australia in Melbourne. The 16-year-old Shafali (744 points) had grabbed the top spot at the end of the league stage of the just-concluded women's T20 World Cup in Australia which the hosts won for an unprecedented fifth time. Australia opener Beth Mooney, who hit 78 not out in the final on Sunday, jumped two spots to number one with 762 points to her kitty.

Mooney scored 259 runs at an average of 64 in six innings, the highest aggregate by anyone at a single edition of the competition and was named Player of the Tournament. She has topped the rankings for the first time in her career.

New Zealand's Suzie Bates (750 points) remained in second position in the list that also features the Indian duo of Smriti Mandhana and Jemimah Rodrigues in the top ten.

While the India vice-captain Mandhana, who had a forgetful tournament, moved down a spot to be ranked seventh, Rodrigues remained static on ninth.

Mooney's opening partner Alyssa Healy has risen two slots to fifth position after a blistering 39-ball 75 in the final against India while South Africa's Laura Wolvaardt has advanced 13 slots to reach a career-best 31st place after a valiant 27-ball 41 in their semifinal against Australia.

India's Deepti Sharma advanced 10 slots to reach 43rd position among batters and is among the top five all-rounders for the first time.

While Australia left-arm spinner Jess Jonassen reached a career-best 728 points and fifth place, her best position since a career-best fourth ranking in November 2017. Her team-mates Sophie Molineux and Delissa Kimmince have advanced 10 places each to reach joint-16th and 31st places respectively.

India Women Shafali Verma Cricket
Get the latest Cricket news, check out the India cricket schedule, Cricket live score . Like us on Facebook or follow us on Twitter for more sports updates. You can also download the NDTV Cricket app for Android or iOS.