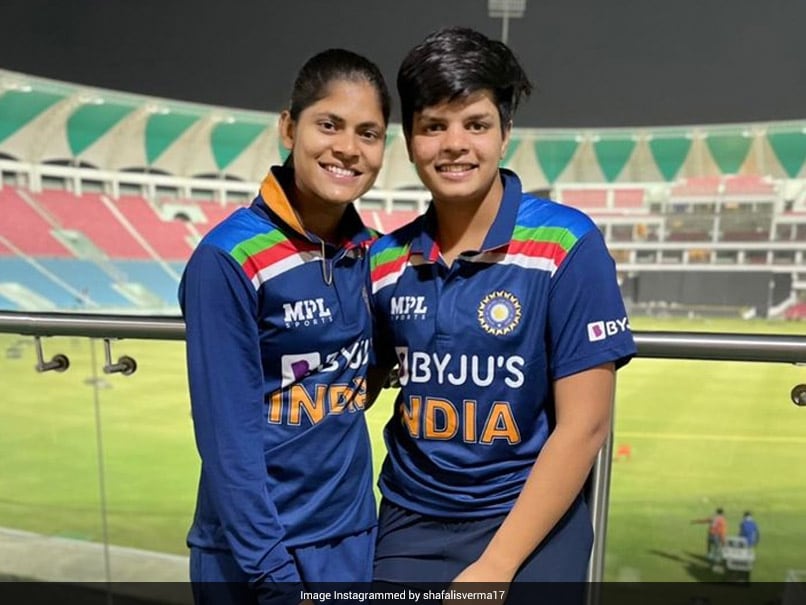 Shafali Verma is set to play for Sydney Sixers in the Women's Big Bash League.© Instagram

Indian batting sensation Shafali Verma is set to make her Women's Big Bash League debut with two-time champions Sydney Sixers later this year. The 17-year-old is expected to be joined by left-arm spinner Radha Yadav, who is currently in talks with the Syndey Sixers franchise. "Shafali's deal is done, it will be announced when the Women's Big Bash schedule is released," a BCCI source told PTI. "Radha is also in talks with the Sydney Sixers," the source added. The teenager's father was also required to sign a consent form as Shafali is still a minor.

The world number one batter in ICC women's T20I rankings will also be turning up for Birmingham Phoenix in the inaugural edition of The Hundred -- the 100-ball domestic competition of the England and Wales Cricket Board (ECB) later this year.

While The Hundred, which was postponed last year due to the COVID-19 pandemic, is scheduled to start on July 21, the WBBL is slated later in the year.

The Hundred will be the first overseas T20 competition for Shafali, who has emerged as a powerful striker in world cricket with 617 runs at a strike rate of 148.31 in 22 international matches.

India Women Shafali Verma Cricket
Get the latest updates on SA vs IND 2021-22, check out the Schedule and Live Score . Like us on Facebook or follow us on Twitter for more sports updates. You can also download the NDTV Cricket app for Android or iOS.