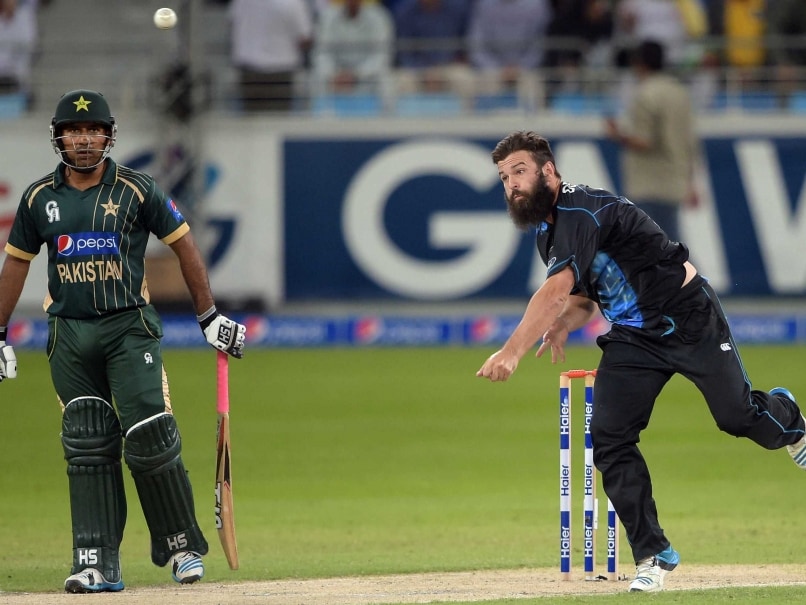 New Zealand fought hard to beat Pakistan by 17 runs in the second Twenty20 international in Dubai to level the two-match series at 1-1 on Friday.

Set a challenging 145-run target Pakistan lost wickets at regular intervals with opener Ahmed Shehzad (33) and captain Shahid Afridi (28) the only ones who stayed long enough to raise any hopes of a win.

This time their chase was chaotic as New Zealand bowled with precision and fast bowlers Jimmy Neesham finished with 3-25 and Kyle Mills 3-26.

Left-arm spinner Anton Devcich (2-16) rattled Pakistan by dismissing Sarfraz Ahmed in the very first over for just one. Ahmed had made 76 not out in the first match.

Pakistan also lost Mohammad Hafeez (nine) and Haris Sohail (three) and were struggling at 24-3 before Shehzad added 40 for the fourth wicket with Saad Nasim who made 19.

Afridi hit two towering sixes off spinner Daniel Vettori but was caught behind off Neesham with 24 needed in the last two overs.

Mills wrapped up the innings with the wickets of Umar Gul (nought) and Sohail Tanvir (11) to give his team victory.

"We had a review of our performance of the first match and that paid off," said New Zealand skipper Kane Williamson. "We put up a good show and it's nice to level the series."

Shahid Afridi pointed the finger of blame at his side's batting.

"We lost three early wickets and then played more dot balls and that made the target difficult," said Afridi.

New Zealand were given a sound start of 49 for the first wicket by Williamson (32) and Devcich (21) but Hafeez (1-20) and Afridi (2-33) applied the brakes with three quick wickets.

Williamson hit three boundaries and a six in his 31-ball knock.

It was left to Luke Ronchi (31) and Tom Latham (26) to lift the innings in the final overs during their 38-run fifth wicket stand.

Ronchi hit two towering sixes in one Afridi over and one boundary during his 19-ball knock.

Paceman Gul, playing his first match since April due to knee problems, finished with 2-24 in his four overs.

Besides Gul, Shehzad also returned to the team, with Awaiz Zia and Mohammad Irfan dropping out.

The two teams now play a five-match one-day series, the first of which will be played in Dubai on Monday.

Comments
Topics mentioned in this article
Anton Devcich Pakistan Cricket Team New Zealand Cricket Team Cricket
Get the latest updates on IPL 2021, IPL Points Table , IPL Schedule 2021 , live score . Like us on Facebook or follow us on Twitter for more sports updates. You can also download the NDTV Cricket app for Android or iOS.