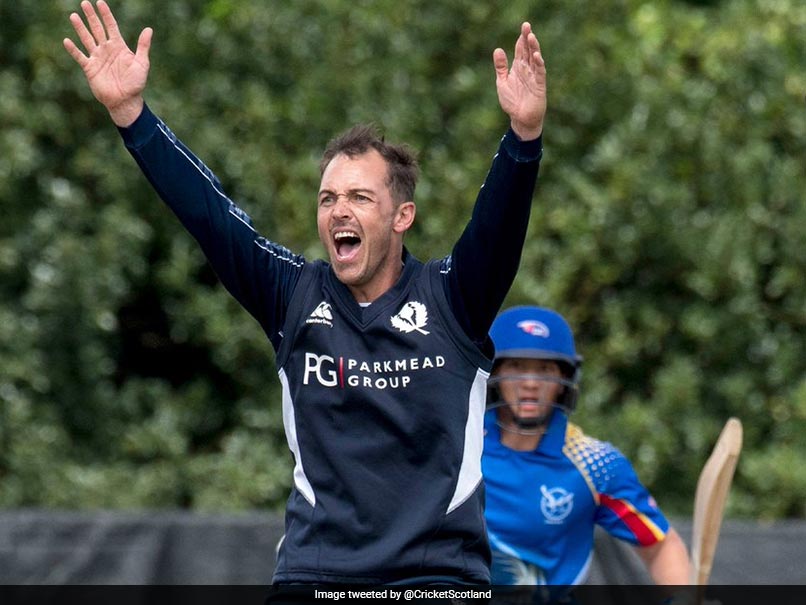 Con de Lange is survived by his wife Claire and their two children, Daisy and Rory© Twitter @CricketScotland

Scotland all-rounder Con de Lange, who was battling brain tumour since long, died on Friday morning, confirmed the tweet put up by Cricket Scotland. He was 38. "It is with great sadness that Cricket Scotland shares the news that Con de Lange passed away on Thursday. A great servant to Scotlandand the game of cricket, our thoughts are with his family at this difficult time," the tweet read. Born in South Africa, Con went on to play 21 international matches for Scotland.

He made his debut in a T20I against Ireland in June 2015. He was a vital part of Scotland's middle-order and it was his career-best bowling figure of 5/60 against Zimbabwe which handed Scotland its first ever ODI win over a full member.

After that, he featured in five matches before being sidelined for health reasons in the end of 2017. It was later diagnosed that Con had brain tumour.

In October 2018, the family went public with the news of his illness and launched a campaign to raise money for the Brain Tumour Charity.

He said: "Con's death at such an early age is a tragedy. He was a great servant to cricket in Scotland as well as South Africa and elsewhere, not just in the national team but also at regional and club level with his infectious and inspirational commitment, both as player and coach.

"But above all, we will remember Con the man - competitive, committed and the ultimate team player, someone with unshakeable principles and integrity. He will be greatly missed and very fondly remembered by many throughout the world of cricket," he added.

Con is survived by his wife Claire and their two children, Daisy and Rory.

Scotland Cricket
Get the latest updates on IND vs NZ 2021, check out the Schedule and Live Score . Like us on Facebook or follow us on Twitter for more sports updates. You can also download the NDTV Cricket app for Android or iOS.