Saurabh Kumar had figures of 5/103 in 27.2 overs and a match-haul of nine wickets, having picked up four in the first innings 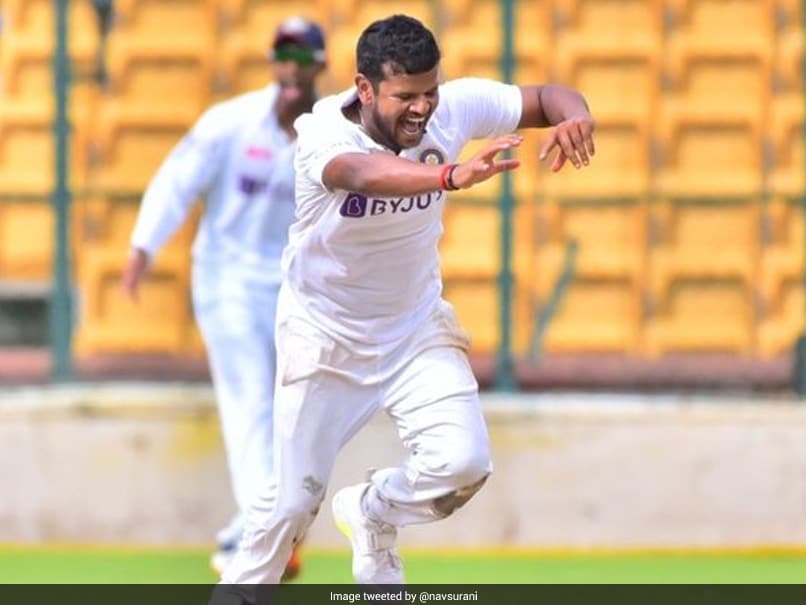 Left-arm spinner Saurabh Kumar grabbed five wickets to play a big role in India A's series clinching 113-run victory over New Zealand A in the third and final 'Unofficial Test' here on Sunday. The target of 416 was out of question but New Zealand A at one point did look like trying to play for a draw before they lost the last five wickets for less than 50 runs to be bowled out for 302 in 85.2 overs. Saurabh, who has been on the fringes of the senior national team, had figures of 5/103 in 27.2 overs and a match-haul of nine wickets, having picked up four in the first innings.

The interesting aspect of Saurabh's scalps were all came through leg-before decision, with at least three being arm balls to the right-handers.

Sarfaraz Khan (2/48), who had a disappointing series with the bat, did play a significant hand as his leg-breaks got rid of senior international Mark Chapman (45), who shared shared 82 runs for the fourth wicket with centurion Joe Carter (111).

More than the number of runs, the pair had batted for 20 overs and taken the game into the second session with New Zealand A comfortably placed at 197 for three.

Chapman was holed out while trying to attack Sarfaraz. The bowler got a second wicket with a googly that trapped Robert O'Donnell (19) plumb in-front.

Once New Zealand A were 222/5 with still a couple of hours play left, it became easier for Saurabh to step up the pressure as he started attacking the stumps more, forcing the Black Caps second team to go on the defensive.

Carter, who defied the Indian attack was finally cleaned up by Mukesh Kumar before Saurabh came back to trap Jacob Duffy leg before.

While the first two 'Tests' were curtailed ones due to rain, India's batting has been satisfactory throughout the series with almost all the specialist batters being among runs.

Skipper Priyank Panchal had two half-centuries and one near 50 (47) score while his opening partner Abhimanyu Easwaran had a hundred in the opening game.

But the man, who looked cut above the rest was Rajat Patidar, who could well pip Sarfaraz Khan in the long-run as far as India call-up is concerned.

Patidar, who has gained instant stardom after last IPL, was class apart in his maiden India A series with two hundreds in three games.

While Ruturaj Gaikwad redeemed himself in the final game with a century and 94, Sarfaraz is the only one who missed out on scoring runs when it mattered.

While he did score an attacking half-century in the final Indian innings, but Sarfaraz would be the first to know that he didn't score those runs under pressure.

Among bowlers, Bengal man Mukesh Kumar was the surprise package as he troubled the New Zealand batters consistently with the new ball in all the games. Saurabh also kept himself in Test team contention with this performance.

New Zealand Cricket Team Saurabh Kumar Sarfaraz Khan Cricket
Get the latest updates on IPL Auction 2023 and check out  IPL 2023 and Live Cricket Score. Like us on Facebook or follow us on Twitter for more sports updates. You can also download the NDTV Cricket app for Android or iOS.