Sanath Jayasuriya, who currently is the chairman of selectors, denied the accusations of assaulting students, saying he merely went to participate in the protest launched by villagers. 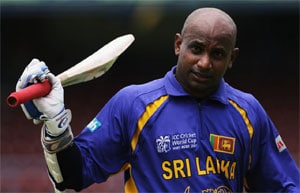 Sanath Jayasuriya has been accused of leading a mob that assaulted a group of university students.

Former cricketer and a minister in the Sri Lankan government Sanath Jayasuriya, accused of leading a mob that assaulted a group of university students, on Wednesday rejected the allegations levelled by the opposition JVP.

The opposition Marxist party, Janatha Vimukthi Peramuna, had accused Jayasuriya of leading the attack on Ruhuna University students, who opposed the government plan to hold an annual development exhibition within the varsity premises in the southern district of Matara.

Jayasuriya, who currently is the chairman of selectors, denied the accusations, saying he merely went to participate in the protest launched by villagers.

"I am the area MP. I was only participating in a protest organised by the local residents against the university students. I did not attack anyone and was not present at the time of the alleged assault," the Sri Lanka Freedom Party lawmaker said.

A group of students from the university, however, claimed they were attacked by pro-government supporters on Monday.

Jayasuriya who hails from Matara is the Deputy Minister of Postal Services in the central government.

The opposition JVP accused Jayasuriya of leading the attack against the students.

People want the exhibition to take place in the premises. They are opposed to it being relocated elsewhere because of the students' protests.

The students, backed by JVP, claims that the exhibition would be a wasteful extravagance destroying the aesthetic beauty of the university site.