Hardik Pandya replied to Sakshi Dhoni's comment and said, it was really sweet of her to remind him that he has a "home in Ranchi too". 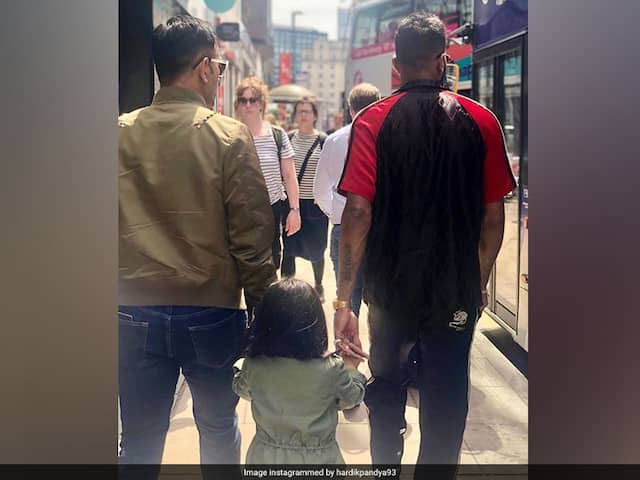 Sakshi Dhoni gave a heartwarming response to Hardik Pandya's throwback picture with MS Dhoni and Ziva a day after the all-rounder posted the picture on Instagram. Hardik Pandya had said that he is missing MS Dhoni and Ziva as he captioned the picture as, "Miss this little one (and the big guy too)" with a heart emoji at the end of it. In response, Sakshi Dhoni on Instagram said, "Awwww @hardikpandya93.... you know you have a home in Ranchi too, right?" 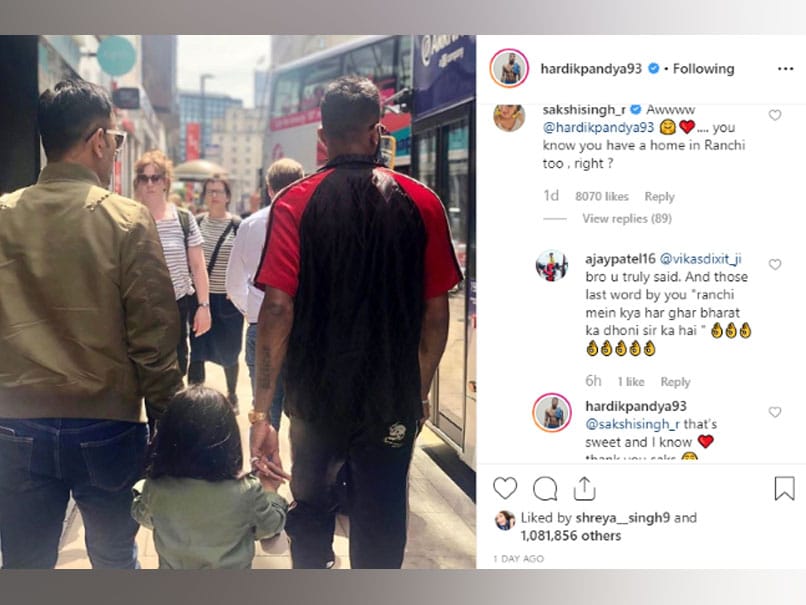 Hardik Pandya is currently recovering from a lower back surgery which he had undergone in the United Kingdom (UK). He had left for the United Kingdom to get his back treated by the same doctor who treated him during India's tour of England in 2018 and the 2019 World Cup.

The all-rounder had aggravated his back injury during the three-match Twenty20 International (T20I) series against South Africa.

Hardik Pandya was not picked in the India squad for the Test series against South Africa.

Hardik Pandya is also not a part of the Twenty20 International (T20I) series against Bangladesh, starting November 3. However, his brother Krunal Pandya will be seen in action during the T20I series.

The 26-year-old has played 11 Tests, 54 One-Day Internationals (ODIs) and 40 T20Is for the national team. He last represented India during the T20I series against South Africa.