Saeed Ajmal has faced a tough time since returning to cricket from a five-month suspension after his bowling action was found to be illegal by the International Cricket Council last year. 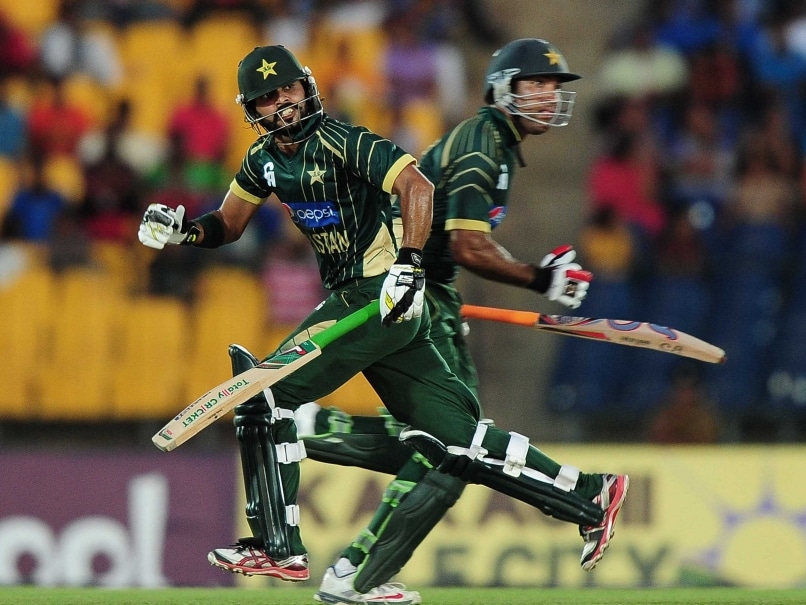 England will not have to face their 2012 tormentor Saeed Ajmal in next month's three-Test series against Pakistan after the off-spinner failed to regain his place in the 15-man squad announced on Wednesday. (Ajmal Pooh-Poohs Retirement Talks)

Ajmal, who turns 38 next month, has faced a tough time since returning to cricket from a five-month suspension after his bowling action was found to be illegal by the International Cricket Council last year.

Since making his comeback with a remodelled action against Bangladesh in April, he has shown little of the form that brought him 24 wickets during Pakistan's 3-0 whitewash over then world number one Test team England in the United Arab Emirates three years ago. (Ajmal Wants to Retire With Pride and Honour)

He has also performed poorly for English county-side Worcestershire, his 16 wickets this season coming at almost 56 apiece, as fast-rising leg-spinner Yasir Shah and left-arm spinner Zulfiqar Babar have filled the void for Pakistan.

The duo were instrumental in Pakistan's 2-0 win over Australia last year and 2-1 triumph in Sri Lanka this year.

All-rounder Fawad Alam meanwhile could end his five-year absence from Test cricket after being named in the squad. (Ajmal Demoted in List of Central Contracts)

The 29-year-old hit 168 on his debut in 2009 but only played two more matches before being dropped.

Alam maintained a strong domestic record as supporters from his home city of Karachi consistently demanded he be recalled. (Misbah to Decide on Future After England Series)

The first of the three Tests starts in Abu Dhabi from October 13.

Chief selector Haroon Rasheed said a 16th member will be added to the squad later.

"In the light of captain Misbah-ul-Haq's recommendations, we have kept the options open for the 16th player in the Test squad against England, picking up two left-arm spin bowlers namely Zafar Gohar and Mohammad Asghar for the brace of practice games and whoever amongst the two performs well would be added to the Test squad," he said. (England Name Three Spinners in Squad for Pakistan Test Series)

Comments
Topics mentioned in this article
Saeed Ajmal Fawad Alam Pakistan Cricket Team England Cricket Team Cricket
Get the latest updates on India vs Australia Series, check out the India vs Australia Schedule for 2020-21 and Ind vs Aus live score . Like us on Facebook or follow us on Twitter for more sports updates. You can also download the NDTV Cricket app for Android or iOS.