Sachithra Senanayake was added to the Sri Lanka squad to play the next two ODIs against England because strike bowler and left-arm spinner Rangana Herath was injured in practice. 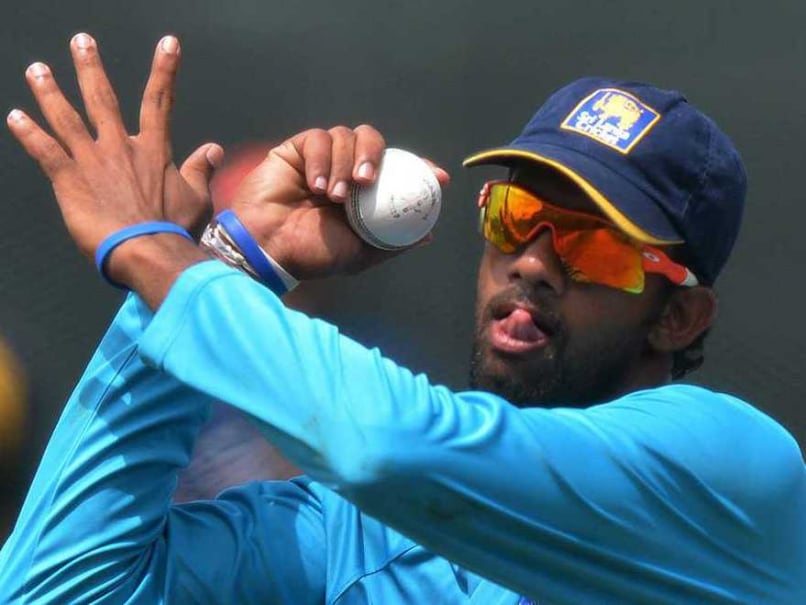 Off-spin bowler Sachithra Senanayake has been recalled by Sri Lanka hours after his reformed bowling action was deemed legal on Tuesday by the International Cricket Council.

Senanayake was added to the Sri Lanka squad to play the next two one-day internationals against England because strike bowler and left-arm spinner Rangana Herath was injured in practice.

Sri Lanka also added him to a provisional 30-man squad for next year's World Cup in Australia and New Zealand.

Senanayake was suspended in July after tests found his bowling action was illegal, in that he was extending his elbow more than the 15-degree limit allowed.

He underwent more tests after revising his action, which the ICC has approved.

Senanayake has taken 40 wickets in 37 ODI matches for Sri Lanka.

The remaining three matches of the current seven-match series will be played on Wednesday, Saturday and Tuesday.

Comments
Topics mentioned in this article
Sachithra Senanayake Rangana Herath Sri Lanka Cricket Team England Cricket Team Cricket
Get the latest updates on ICC T20 Worldcup 2022 and CWG 2022 check out the Schedule, Live Score and Medals Tally. Like us on Facebook or follow us on Twitter for more sports updates. You can also download the NDTV Cricket app for Android or iOS.