Sachin Tendulkar has revealed in autobiography that India almost abandoned the Australian tour after the Monkeygate scandal featuring Harbhajan Singh and Andrew Symonds. 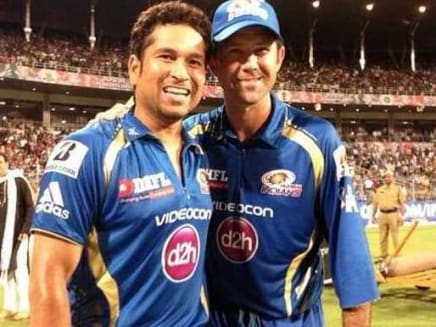 Ricky Ponting has steered clear of the Monkeygate controversy that has made headlines again after Sachin Tendulkar released his autobiography - Playing It My Way - in Mumbai on Wednesday.

The retired Australian captain, who was one of the main protagonists of the ill-tempered Sydney Test in 2007-2008, has ducked questions on Tendulkar's revelation that India were on the brink of calling off the tour after Harbhajan Singh and Andrew Symonds were involved in an ugly exchange of words. (Sachin Didn't Know About Match-Fixing Scandal)

In his autobiography, Tendulkar claimed the incident during the New Year Test in Sydney - in which Symonds' said he was racially abused by Harbhajan -- almost led to India abandoning the tour.

The matter was reported to match referee Mike Procter. Tendulkar reiterates in his book that Harbhajan did not racially abuse Symonds, and that the report lodged by then Australian captain Ponting and the subsequent hearing "almost caused the tour to be called off." (Top 10 Quotes from the Book)

Ponting, who has quite vocal about the incident, has now changed his stance. "I've spoken about it a lot in my book, haven't I?" Ponting said on Thursday.

"I've spoken a lot about it in press conferences and things around the world for a lot of years now. I've got nothing to add to it because he (Tendulkar) is giving his side of events, and I've given my side of events in the past. (Ganguly Relives the Old Days)

"I must reiterate we were very serious about the boycott ... and we were fully prepared to accept the consequences of walking out on the tour, knowing that such an action might have resulted in the ICC banning the Indian team," Tendulkar says in his book. (Anjali Went to Sachin's House Posing as a Journalist)

"What surprised me most was the haste with which the Australians had lodged their complaint.

"I still believe that the matter would not have been blown so out of proportion if Ponting had discussed it with the (Indian) captain Anil Kumble, Harbhajan and the Indian team management before reporting the incident to Mike Procter, the match referee.

"In turn, Mike Procter could also have handled the matter with a little more sensitivity."