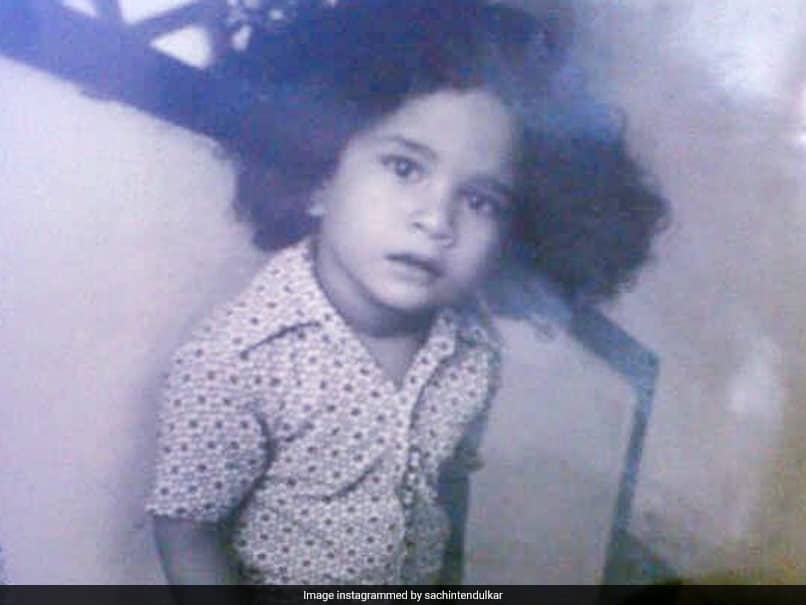 Sachin Tendulkar shared a throwback photo, where he was sporting long hair© Instagram

Sachin Tendulkar, considered by many to be one of the greatest cricketers, has created many long-lasting memories for his fans. Over the years, his many brilliant knocks have been etched into our minds. But the batting maestro decided to share a personal memory on Friday. The former Indian cricketer took to Instagram to share a groovy childhood photo, which he captioned as, "Back when the reason for long hair wasn't the lockdown. Never knew I'd be posing for the gram at that time. #flashbackfriday #nostalgia".

Back when the reason for long hair wasn't the lockdown. Never knew I'd be posing for the gram at that time. #flashbackfriday #nostalgia

In the photo, Tendulkar can be seen donning long curly hairstyle. The cute photograph sent his fans into a spiral, with everyone going gaga over it.

One such fan commented, "God in his childhood".

Meanwhile, another fan wrote, "The kid that change the face of cricket".

The former Mumbai Indians (MI) batsman has been pretty active on social media during the coronavirus pandemic.

He has been sharing food recipes, family moments and also an attractive post with a bicolored cat.

Born in Mumbai, Sachin made his India debut during a Test match against Pakistan in Karachi, on November 15, 1989. He was only 16-years-old at that time. He also made his ODI debut on December 18, 1989.

Known as the 'Master Blaster' by many, he went onto break multiple records, and also won the 2011 World Cup, with MS Dhoni as captain.

In 2019, he was also inducted into the ICC Cricket Hall of Fame.