S Sreesanth was named in Kerala's list of probables for the upcoming Syed Mushtaq Ali T20 tournament. He posted an emotional message on social media. 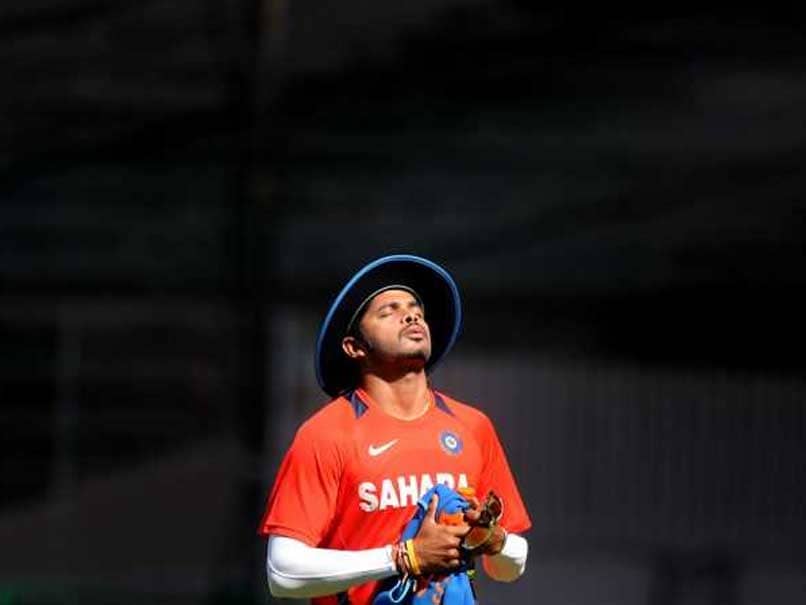 Sreesanth was named in the list of probables for Kerala's Syed Mushtaq Ali tournament squad.© AFP

S Sreesanth was on Wednesday named in the list of Kerala probables for the Syed Mushtaq Ali T20 tournament. The inclusion means Sreesanth is closer than ever to making his comeback in Indian cricket since his seven-year ban for spot fixing ended in September this year. Sreesanth posted a video that showed him receiving his state cap with Kerala teammates and administrators around. "There is nothing stronger than a broken man, who has rebuilt himself," wrote Sreesanth on Twitter.

All the best brother ! See you soon !

A Kerala Cricket Association official told PTI that Sanju Samson will lead the team in the tournament that begins on January 10.

Sreesanth's former India teammate Suresh Raina, who will turn out for Uttar Pradesh in the tournament, wished the pacer good luck.

"All the best brother! See you soon!" wrote Raina.

Sreesanth was set to play in the KCA President's Cup T20 but the tournament was deferred as the KCA did not get the government nod due to the COVID-19 pandemic.

The 37-year-old last played for India in 2011 and played in the Indian Premier League in 2013 before the spot-fixing scandal broke out.

Besides Sreesanth and Samson, Sachin Baby, Jalaj Saxena, Basil Thampi and Robin Uthappa have also been included in the list.

Comments
Topics mentioned in this article
Sreesanth Cricket
Get the latest updates on India vs England Series, India vs England , live score and IPL 2021 Auction . Like us on Facebook or follow us on Twitter for more sports updates. You can also download the NDTV Cricket app for Android or iOS.