S. Sreesanth was acquitted of IPL 2013 spot-fixing charges by a Delhi court on Sunday. Sreesanth was discharged by the Patiala House Court on Saturday.© PTI
Kochi:

A day after he was exonerated by a court in Delhi in the 2013 Indian Premier League (IPL) spot-fixing case, former Indian pacer S. Sreesanth on Sunday started his first workout in the nets here. (Sreesanth Returns Home to Emotional Welcome)

Cheered by a good number of his friends and cricket enthusiasts, Sreesanth turned out on Sunday evening in a blue track suit at the Edapally High School ground where the Ernakulam Cricket Club, his former club, has a net.

He bowled and batted and proved that he has not lost anything in the almost two years of being entangled in the case, wherein he even had to spend time in Delhi's Tihar jail.

It was on Saturday evening that the Delhi Patiala House court cleared Sreesanth of all charges in the 2013 IPL spot fixing scandal. (Why Delhi Police Failed to Clean Bowl Sreesanth and Co.)

Earlier in the day at 9.30 a.m, he arrived at the airport here and was given a warm welcome by his relatives, friends and well wishers.

An hour later it was all hugs and smiles at his residence where his parents and close relatives gave him the much needed moral support.

"I take this opportunity to thank each one of my well wishers who stood behind me in my time of suffering. This is a sort of a second life for me and for me now even if it's tennis ball cricket, I will take part to get back to full fledged cricket," said Sreesanth. 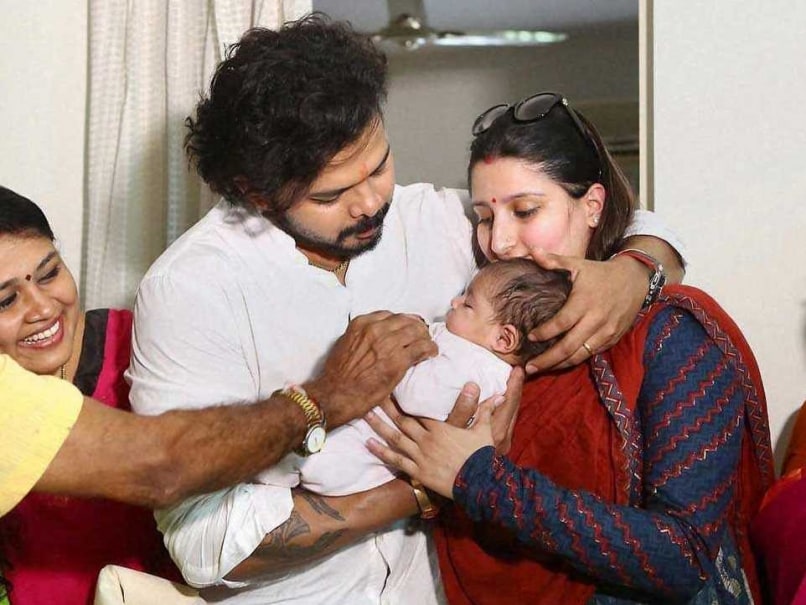 S Sreesanth is seen here with his family.

Meanwhile, he was yet to get any positive vibes from the Board of Control for Cricket in India (BCCI) and hence he will have to wait a while to get back into full-fledged cricketing activities.

BCCI vice president and Kerala Cricket Association (KCA) president T.C. Mathew said that since he was out of town he will be able to write to the BCCI only on Monday requesting the lifting of the ban on Sreesanth.

"If need be, a delegation of the KCA will travel to meet the top BCCI officials to take up the case of Sreesanth and to see that the ban is lifted," Mathew told reporters.

Rebecca John, counsel for Sreesanth said Sreesanth has nothing to fear even if the Delhi Police approach any higher court with an appeal.

"They are free to go ahead with the appeal but we will see that they are given a stronger setback," said John to the media in Delhi on Sunday.

Comments
Topics mentioned in this article
India Cricket Team Rajasthan Royals Sreesanth Cricket
Get the latest updates on IND vs NZ 2021, check out the Schedule and Live Score . Like us on Facebook or follow us on Twitter for more sports updates. You can also download the NDTV Cricket app for Android or iOS.