India could get only only one wicket on Day 2 of the first Test as Kane Williamson and Tom Latham frustrated the bowlers with their patient batting. 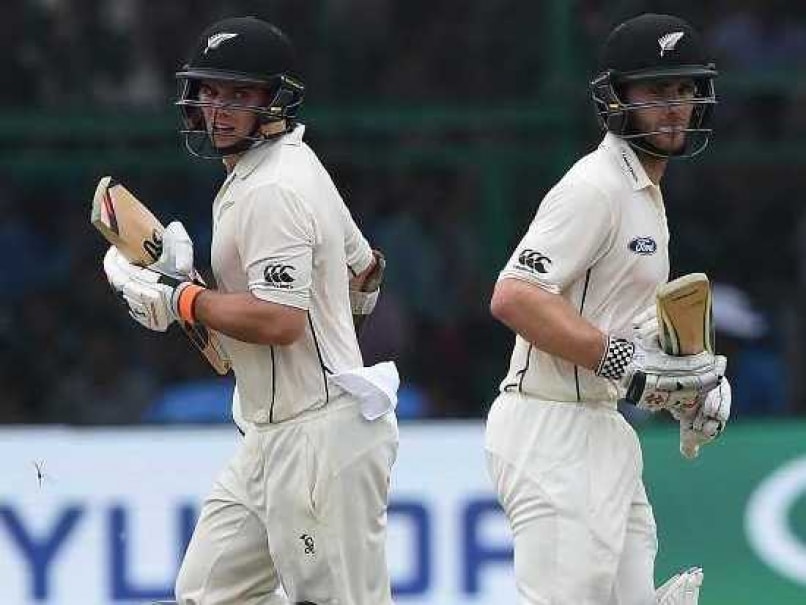 New Zealand batting coach Craig McMillan said the key to the unbeaten partnership between Kane Williamson and Tom Latham was rotation of strike as the two batsmen frustrated the Indian bowling attack with their 117-run stand for the second wicket, in Kanpur on Friday.

India could get only only one wicket in the morning session and bowled 26 wicket-less overs in the second session.

"Their (Williamson-Latham) discipline (was key). They stuck to their game plans and when the Indian bowlers missed we jumped all over it. I thought the way they rotated the strike with that left and right-hand combination throughout the partnership was crucial," McMillan said at the press conference after the second day's play at the Green Park.

"They just worked really hard and showed how hard it is out there. This surface is still playing pretty well, but there are a few balls taking off and turning. All-in-all self-discipline from both those guys throughout the partnership was crucial," he added.

The former New Zealand all-rounder said Kiwi batsmen have done a lot work to counter the spin but in their own individual style.

"We've done a lot of work in terms of using the feet and getting deep in the crease. They are all key things to playing spin well. You watch the best players of spin around the world and they don't get caught on the crease, they are either forward or back. All our guys have done a lot of work on that and everyone does it differently," he said.

"Everyone's technique is different and it is important you don't just try and play the same way. You have to use what works for you and we've done that really well. Both players today used the depth of the crease really well. The key to that is picking up the length early, if you do that you can go forward or back."

The Kiwi batting coach said the visitors were happy with the way the day panned out for them, adding, that excessive appealing from the Indians in the later part of second session did not affect them with both his players showing good temperament.

"That's part of playing in India. We are confronted by two very good spinners who know the conditions well and are going to challenge you at different times. Mental (focus) plays a big part, not getting flustered, being comfortable in those conditions and being comfortable with the ball beating the outside edge and not letting that worry you," MacMillan said.

"Both the guys soaked that up really nicely throughout that partnership and whenever they got scoring opportunities they made the most of it. That is one of the keys. You don't allow Ashwin or Jadeja to bowl 12 or 15 balls at one person. You have to find a way, a way to get down the other end and both those guys did that really nicely today," he said.

McMillan also said that Latham was lucky when his shot that bounced off his feet hit close in fielder KL Rahul's helmet grill.

McMillan said while batting against a bowler like Ravindra Jadeja, who rushes through his overs, one needs to take his own time.

"Well he has one of the shortest run-ups in world cricket so it is never going to take long for him to get through his overs. As a batsman it is important you are not rushed and you take your time so you are ready to face in your own time. That can be difficult when someone has such a short run-up, but I thought the guys did that well," he said.

He also said the rain-break was frustrating and it was difficult to say at this stage of the match which team's bowling combination was better.