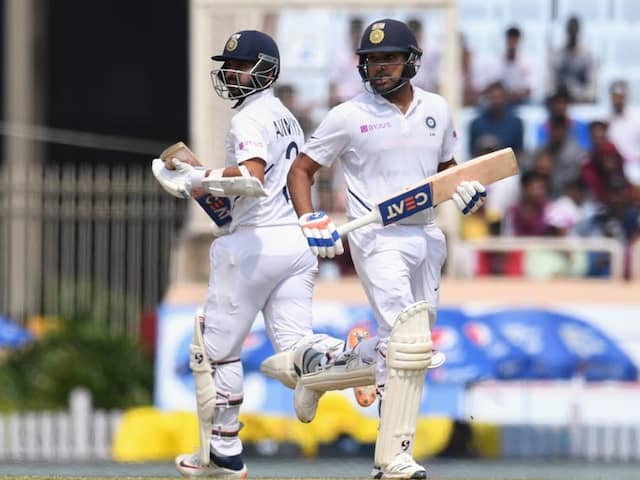 Rohit Sharma and Ajinkya Rahane have played a lot of cricket together and share a good bond.© AFP

The coronavirus-enforced lockdown has forced people to find different ways to spend their time and also deal with the frustrations of being away from their regular lives. For some cricketers, who usually live on a hectic schedule, being away from the game and training has been difficult. India's Test vice-captain Ajinkya Rahane took to Twitter to reveal how he keeps his mind peaceful in these trying times. "Everyday I take out some time for myself where I rest with my thoughts, type it out & go through old pictures. It really helps in keeping a peaceful mind," he tweeted, with a photo of him working on his laptop.

His teammate Rohit Sharma, however, took the opportunity to troll Rahane.

The duo from Mumbai has played a lot of cricket together, at the first class level and for India, and share a good bond.

Their camaraderie and understanding was on display during India's third Test against South Africa last year, when the two put on a 267-run partnership in Ranchi.

The match saw Rohit hit his first Test double-century and Rahane score his 11th ton in the longest format of the game. India had won the match by an innings and 202 runs.

Both Rohit and Rahane have been spending quality time with their respective families as they wait for cricket to resume.

The Board of Control for Cricket in India and Cricket South Africa have held discussions for a possible bilateral 3-match T20 International (T20I) series between the two countries in South Africa in August.