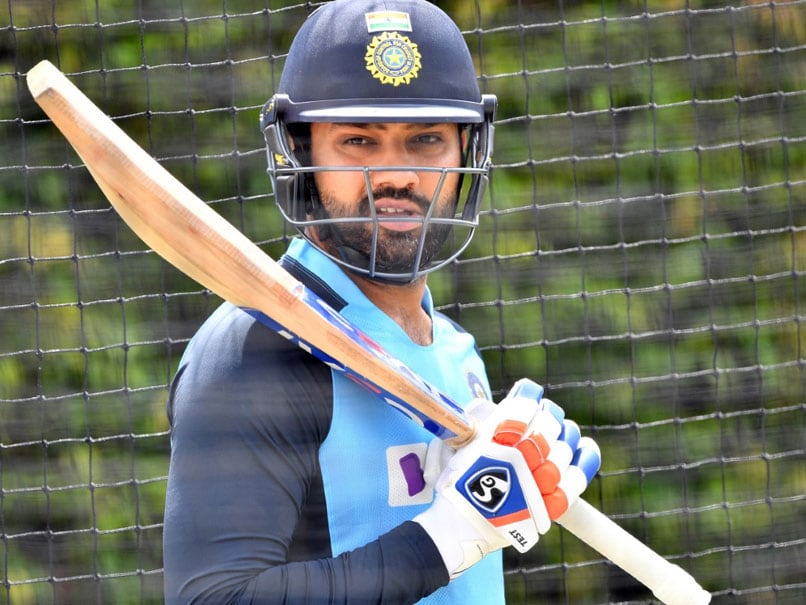 India vs Australia: Rohit Sharma will open the batting for India in third Test with Shubman Gill.© AFP

Rohit Sharma is set to open the batting in the third Test against Australia in Sydney. India announced their playing XI for the Test to be played at the Sydney Cricket Ground with Rohit replacing Mayank Agarwal in the openers' slot and Navdeep Saini set to make his debut, included in place of the injured Umesh Yadav. The rest of the line-up remained the same as the Melbourne Test. Rohit was added to the squad for the last two Tests after he completed his quarantine in Sydney. He was also named vice-captain for the remaining two games.

NEWS - #TeamIndia announce Playing XI for the 3rd Test against Australia at the SCG.

Navdeep Saini is all set to make his debut.#AUSvIND pic.twitter.com/lCZNGda8UD

Rohit, who missed the limited-overs series and the first two Tests due to his rehabilitation from an injury sustained during the Indian Premier League, only linked up with the rest of the team late in December 2020.

He replaces Agarwal, Rohit's batting partner for India's home Tests in 2019, after Agarwal returned scores of 17, 9, 0 and 5 in the first two Tests.

Saini will now be wearing the Test cap for the first time as he replaces Umesh Yadav, who suffered a calf muscle injury while bowling in the second Test and was ruled out of the series.

In the absence of Umesh and Mohammed Shami, who was injured during the first Test, India will have two inexperienced pacers in Siraj - who made his Test debut in Melbourne - and Saini.

Ravichandran Ashwin and Jasprit Bumrah are the experienced bowlers in the XI and Ravindra Jadeja is the all-rounder.

Rishabh Pant continues as the wicket-keeper as he returns to the venue where he scored his first, and so far the only, Test hundred in Australia.

Cheteshwar Pujara, Ajinkya Rahane, and Hanuma Vihari occupy the middle-order spots while Shubman Gill will most likely accompany Rohit as the other opener.

Skipper Rahane left the decision on the fourth Test in Brisbaneto the BCCI and team mangement, saying "our focus is on winning the Sydney Test."

India had expressed reservations over traveling to Brisbane for the fourth Test due to further restrictions on movement as part of COVID protocols.

Australia Cricket Team Australia vs India, 3rd Test
Get the latest updates on Fifa Worldcup 2022 and check out  Fifa World Cup Schedule, Stats and Live Cricket Score. Like us on Facebook or follow us on Twitter for more sports updates. You can also download the NDTV Cricket app for Android or iOS.