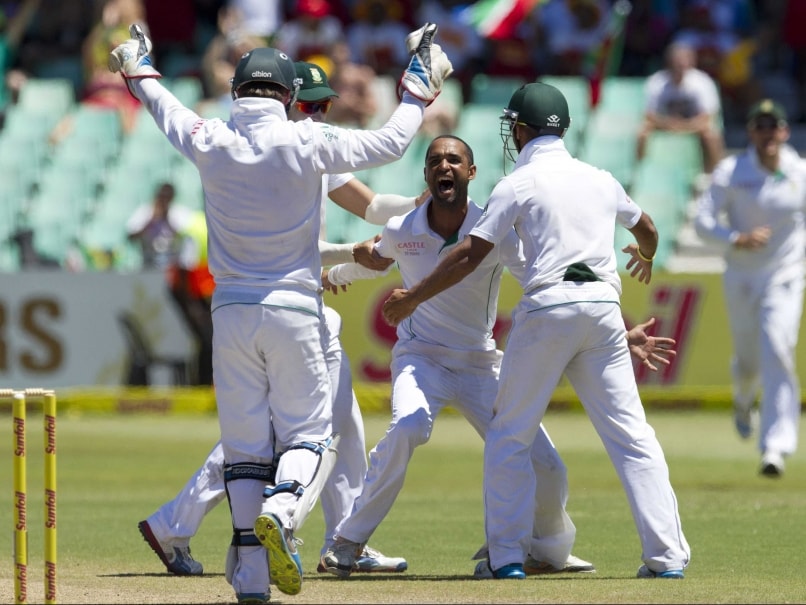 Three uncapped players have been named in a 14-man South African Test squad announced on Tuesday to face the West Indies later this month, while left-arm spinner Robin Peterson has been recalled.

Left-handed batsman Stiaan van Zyl looks set to make his Test debut in the first Test starting at Centurion on December 17, while batsman Temba Bavuma and fast bowler Kagiso Rabada may have to wait for a chance.

Van Zyl, who was part of the South African Test squad but did not play on tours of Sri Lanka and Zimbabwe, is likely to replace fellow left-hander JP Duminy, who will miss the first Test because of a knee injury.

Selection convener Andrew Hudson said he was pleased with the performance of the Test squad in winning series in Sri Lanka and Zimbabwe. (Chris Gayle Ruled Out of South Africa Tour)

"Part of this has been the result of consistency in the selection process and also establishing a pecking order. Stiaan was the reserve batsman against Zimbabwe so he is the logical choice to replace Duminy.

"At the same time we want to bring players whom we have identified as having international potential into the team environment. This is a policy that has worked well in the past with the likes of Faf du Plessis, Dean Elgar and Quinton de Kock, among others. Both Temba and Kagiso have impressed at franchise and South Africa A level and they are ready to be considered for senior international duty."

Peterson, 35, played the most recent of his 15 Tests against Australia in February but made way for leg-spinner Imran Tahir, who was then superseded by off-spinner, Dane Piedt, who had outstanding match figures of eight for 152 on debut against Zimbabwe in August.

But Tahir has fallen out of favour, while Piedt has not played during the current season because of a shoulder injury.

Hudson said the recoveries of Duminy and Piedt were being monitored and it was hoped Duminy would be available later in the three-match series.

The West Indian squad were due to arrive in Johannesburg on Tuesday and will begin their tour with a three-day match against a South African Invitation XI in Benoni, starting on December 10.

Comments
Topics mentioned in this article
Robin Peterson Imran Tahir South Africa Cricket Team West Indies Cricket Team Cricket
Get the latest updates on SA vs IND 2021-22, check out the Schedule and Live Score . Like us on Facebook or follow us on Twitter for more sports updates. You can also download the NDTV Cricket app for Android or iOS.