Ravindra Jadeja and Poonam Yadav are the only two cricketers among 19 sportspersons nominated for Arjuna Award. 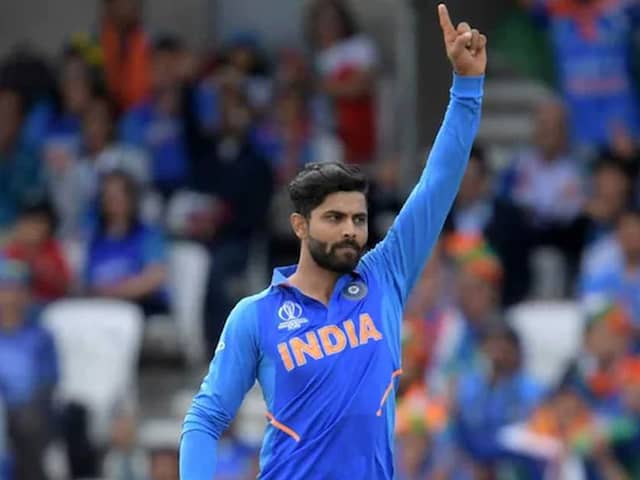 Apart from Jadeja, Poonam Yadav is the other cricketer in the list of nominees. Track and field stars Tejinder Pal Singh Toor, Mohammed Anas and Swapna Barman, footballer Gurpreet Singh Sandhu, hockey player Chinglensana Singh Kangujam and shooter Anjum Moudgil are the others who have been nominated by the selection committee.

The name of 48-year-old Deepa, who won a silver in the shot put F53 category in the 2016 Rio Paralympics, was added for the Khel Ratna by a 12-member selection committee on the second day of the two-day meeting.

World No. 1 wrestler in 65kg, Punia was nominated for the country's top award on Friday by the panel headed by Justice (Retd) Mukundakam Sharma.

Six-time world champion and Olympic bronze medallist boxer M C Mary Kom recused herself from the meeting to avoid conflict of interest as her personal coach Chhotelal Yadav was in contention for the Dronacharya Award.

As per guidelines, to be eligible for the award, a sportsperson should not only have had good performance consistently for the previous four years at the international level with excellence for the year for which the Award is recommended, but should also have shown qualities of leadership, sportsmanship and a sense of discipline.