Rashid Khan bowled 99.2 overs in the second Test against Zimbabwe, the most by a bowler in a single gam since Muttiah Muralitharan's 113.5 overs against England in 1998. 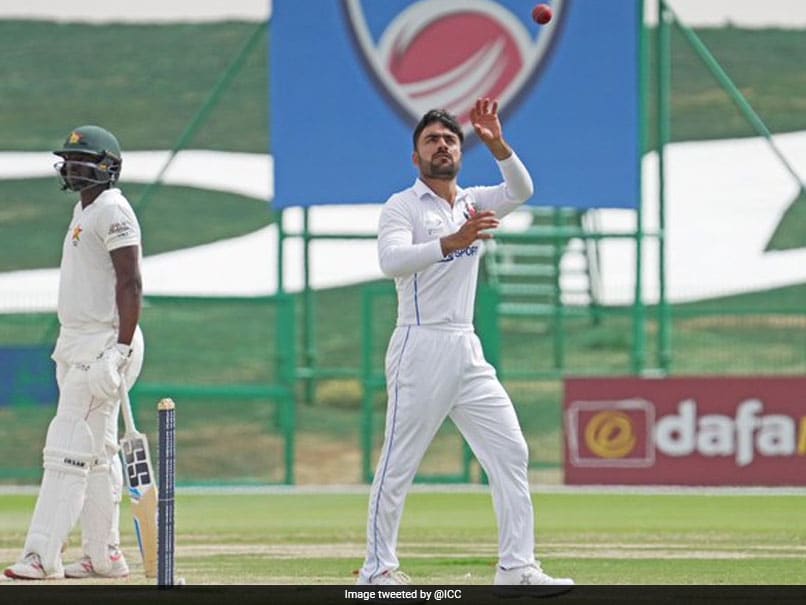 Afghanistan spinner Rashid Khan on Sunday created the record for bowling the most number of overs in a single Test in the 21st century. The spinner bowled a total of 99.2 overs in the ongoing second Test between Zimbabwe and Afghanistan at the Sheikh Zayed Cricket Stadium in Abu Dhabi. This is the most number of overs bowled by a bowler in a Test since 1998. In 1998, Sri Lanka's Muttiah Muralitharan had bowled 113.5 overs vs England at The Oval.

In the first innings against Zimbabwe, Rashid returned with the figures of 4-138 from 36.3 overs while in the second innings, the spinner bowled 62.5 overs.

In the second innings, Rashid returned with seven wickets and he conceded 137 runs.

The spinner bowled a total of 17 maidens in the second innings and due to his effort, Afghanistan were set a target of 108 runs to win the second Test.

Zimbabwe were following on in the second innings and the side was reduced to 142/7 but Sean Williams and Donald Tiripano formed a 187-run stand for the eighth wicket.

Tiripano missed out on a century as he was dismissed for 95 while Sean Williams remained unbeaten on 151.

Afghanistan completed the chase with six wickets to spare, with Rahmat Shah hitting a half-century as they manage to draw the series 1-1.

Zimbabwe Cricket Team Rashid Khan Cricket
Get the latest updates on Fifa Worldcup 2022 and check out  Fifa World Cup Schedule, Stats and Live Cricket Score. Like us on Facebook or follow us on Twitter for more sports updates. You can also download the NDTV Cricket app for Android or iOS.