The visitors got some nice match practice ahead of their quarterfinal match, as they chased down a paltry victory target of 115 in 29 overs after dismissing Delhi for 201 in 77.4 overs. This was Karnataka's fifth outright win this season. 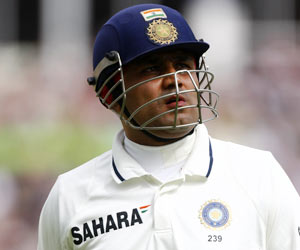 It was a thorough professional performance by Karnataka as they crushed hosts Delhi by eight wickets to end their Ranji Trophy group league engagements as table toppers with 38 points from eight games.

The visitors got some nice match practice ahead of their quarterfinal match, as they chased down a paltry victory target of 115 in 29 overs after dismissing Delhi for 201 in 77.4 overs. This was Karnataka's fifth outright win this season.

For Delhi, this was a season they would like to forget as senior players like Virender Sehwag became a liability for the team without any significant contribution throughout the series. The youngsters like Vaibhav Rawal, Unmukt Chand weren't consistent enough and the bowling was largely dependant on Ashish Nehra (28 wickets), while the other bowlers didn't complement the veteran pacer as they ideally should have.

Fittingly, Karnataka outbatted, outbowled and outfielded Delhi in this match to show why they have been one of the most consistent domestic teams this season. Even without the services of Robin Uthappa, KL Rahul, Abhimanyu Mithun, they looked like a formidable force.

It was a matter of time on the final day for Karnataka to coast to victory. The wickets were shared by pacers Ronit More (3/39), HS Sharath (3/35) along with leggie Shreyash Gopal (3/23) and left-arm spinner Abrar Kazi (1/18). Starting the day at 132 for six, Delhi lost their seventh wicket when Sharath cleaned up Varun Sood (0).

Although Milind Kumar (31 not out off 100 balls) and Sumit Narwal (21) added 40 runs for the eighth wicket, they did not show any positive intent deadbatting anything and everything.

Finally Kazi got one to just roll down as Narwal was bowled. Nehra hit some lusty blows before he was stumped going for a slog sweep off Gopal's bowling. Gopal then claimed his third wicket when he got Manoj Chauhan to glove one to Manish Pandey at first slip.

Karnataka skipper R Vinay Kumar felt while the wicket was a difficult one but it was not under prepared.

"Pitch was difficult to bat on but certainly not under prepared. Delhi didn't play badly but we played better than them," said Vinay Kumar.

Comments
Topics mentioned in this article
Cricket Vikram Solanki Virat Kohli Paul Valthaty Virender Sehwag Wasim Jaffer Irfan Pathan Mayank Agarwal KAR DEL
Get the latest updates on India vs Australia Series, check out the India vs Australia Schedule for 2020-21 and Ind vs Aus live score . Like us on Facebook or follow us on Twitter for more sports updates. You can also download the NDTV Cricket app for Android or iOS.