Sreenath Aravind (4/46) and J. Suchith (4/51) wreaked havoc as Karnataka bundled out Vidarbha for 310. The former had scored 350 in the first innings. 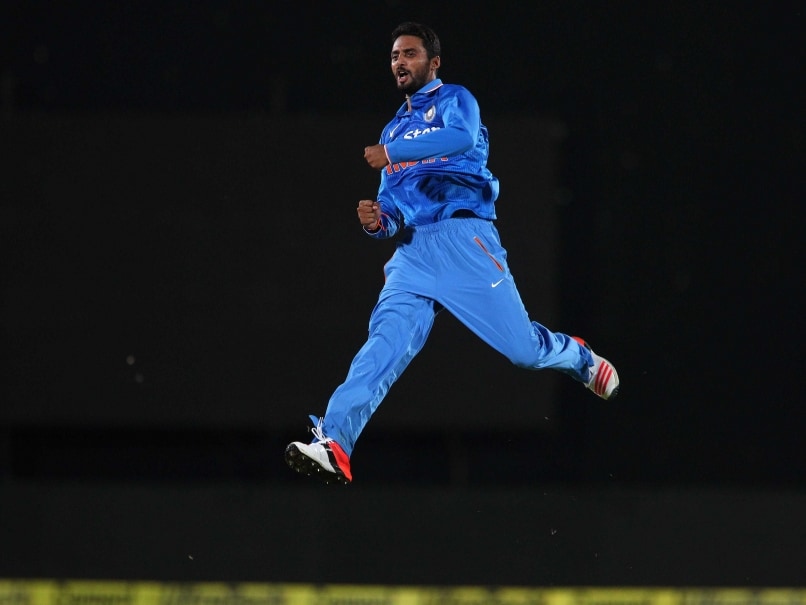 Having scored 350 in their first innings, Karnataka bundled out Vidarbha for 310 in their opening essay to take a slender lead with Aravind (4/46) and Suchith (4/51) wreaking havoc.

At stumps on day three, Karnataka were 93 for one with KL Rahul and R Samarth batting on 34 and eight, respectively.

Opener Robin Uthappa scored a fine 46 off 123 balls. Karnataka have now extended their overall lead to 133.

Resuming on 172 for two, Vidarbha lost their set batsman Ganesh Satish on his overnight score of 81.

But Vidarbha captain Subramanium Badrinath scored 92 in 314 minutes off 216 balls with 12 boundaries. He also strung a 61-run partnership for sixth wicket with Jitesh Sharma (29) and another 42-run stand with Akshay Wakhare (19) for the eighth wicket.

However, just when it seemed that Badrinath would take Vidarbha past the home team's first innings total, Suchith claimed the skipper's wicket to trigger a collapse.

Vidarbha lost three wickets at the same score of 310.

Comments
Topics mentioned in this article
Sreenath Aravind Cricket
Get the latest updates on IPL 2021, IPL Points Table , IPL Schedule 2021 , live score . Like us on Facebook or follow us on Twitter for more sports updates. You can also download the NDTV Cricket app for Android or iOS.