Ankit Sharma claimed his second five-for of the match as Madhya Pradesh notched up an innings and nine-run victory over Andhra to keep their Ranji Trophy quarterfinal hopes alive. 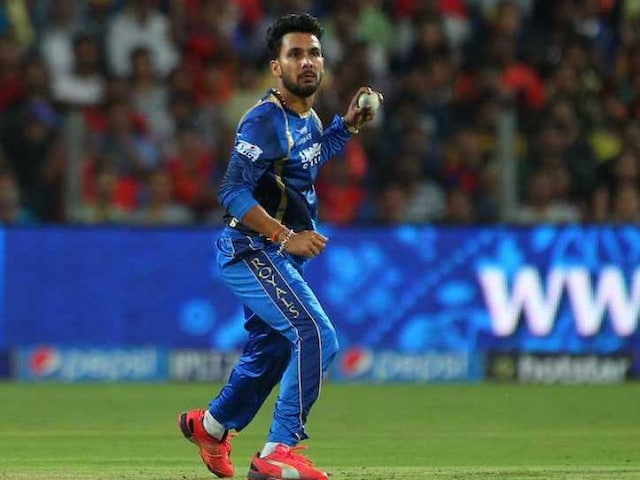 Ankit Sharma finished with 13 wickets in the match.© BCCI
Indore:

Following on, Andhra were all out for 214 in 78.3 in their second innings with Ankit returning with brilliant figures of 7/91 as the home side won by an innings and nine runs on the third day at the Holkar Cricket Stadium.

Ankit ended the match with 13 wickets for 108 runs as he had also picked up six wickets for 17 runs in Andhra's first innings which was folded at 56 in 38.2 overs.

Madhya Pradesh secured seven points, including a bonus, from the win while Andhra got none. MP have now ended their league engagements and they are now at third spot in Group B with 24 points from eight matches.

At start of the day, Andhra needed 74 to stave off an innings defeat with five wickets in hand. That task, it proved, was too hard as Andhra were bundled out for 214. Overnight batsman AG Pradeep completed his half-century before Ankit quashed any hopes of a comeback by having him caught for 62.

Substantial partnerships were hard to come by, with the highest being 26 between Shankara Rao (8) -- who stuck around for 61 balls -- and Pradeep for the eighth wicket.

Comments
Topics mentioned in this article
Ankit Sharma MP AND Cricket
Get the latest Cricket news, check out the India cricket schedule, Cricket live score . Like us on Facebook or follow us on Twitter for more sports updates. You can also download the NDTV Cricket app for Android or iOS.