Ranji Trophy Semis Against Tamil Nadu Most Memorable For Me: Sachin Tendulkar

Sachin Tendulkar singled out the Ranji Trophy semi final between Mumbai and Tamil Nadu played at the Wankhede Stadium in the 1999-2000 season as his most memorable game in the championship. 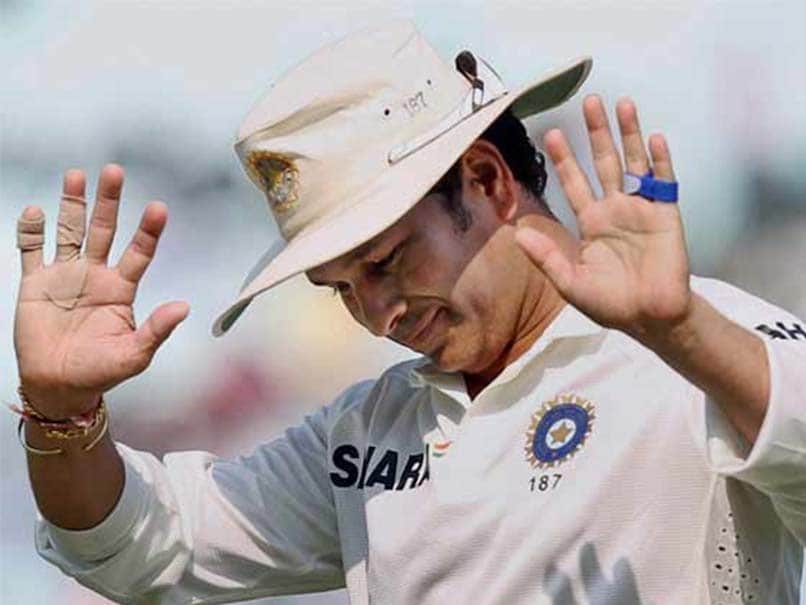 Sachin Tendulkarsingled out the Ranji Trophy semi final between Mumbai and Tamil Nadu played at the Wankhede Stadium in the 1999-2000 season as his most memorable game in the championship. "I will say it was the 1999-2000 semi final against Tamil Nadu," said Tendulkar to a query to him at the function to celebrate Mumbai's 500th Ranji game against Baroda commencing on Thursday. He also described how Mumbai overtook Tamil Nadu's first innings score of 485 successfully with him at the crease with last man Santosh Saxena.

Tendulkar, who struck a double century, said that after the ball got changed by the umpires, it suddenly started to reverse.

"I started to stand outside the crease and Hemang Badani will tell the bowler from point in Tamil that I was standing outside. I then went back into the crease when the bowler started his run up. After the match I told Badani that I understand Tamil", he told the gathering at the Mumbai CA's Sharad Pawar academy at the Bandra-Kurla complex.

Mumbai went on to win the game by eight wickets.

Tendulkar also pointed out that Mumbai's success percentage in the Ranji matches was 47 per cent.

"If I say it's unbelievable it's an understatement," said the champion batsman and scorer of 100 hundreds in international cricket.

Other former cricketers, who spoke about their time in the championship and Mumbai's domination were Madhav Apte, Ajit Wadekar, Dilip Vengsarkar, Sudhir Naik, Sanjay Manjrekar and Amol Muzumdar.

Comments
Topics mentioned in this article
India Cricket Team Sachin Tendulkar Cricket
Get the latest updates on ICC T20 Worldcup 2022 and CWG 2022 check out the Schedule, Live Score and Medals Tally. Like us on Facebook or follow us on Twitter for more sports updates. You can also download the NDTV Cricket app for Android or iOS.