Shreyas Iyer's wonderful 90 and a gritty 68 from skipper Aditya Tare helped Mumbai end on 327/7 on the first day of the 2015/16 Ranji Trophy semi-final. 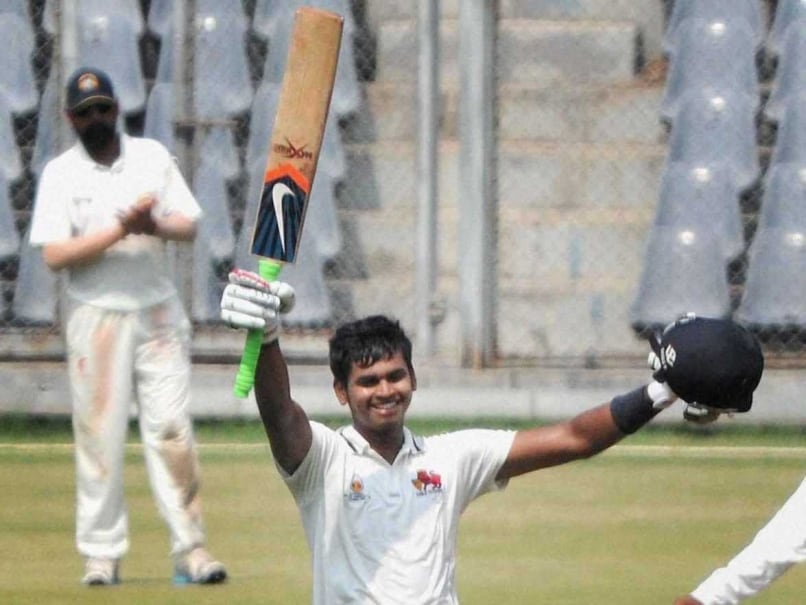 Shreyas Iyer and Aditya Tare both smashed fifties for Mumbai on the opening day of the Ranji Trophy semi-final against Madhya Pradesh.© PTI

Shreyas Iyer struck a sublime 90 to take Mumbai to 327 for seven on day one of their semifinal against Madhya Pradesh in the Ranji Trophy in Cuttack on Saturday. (Latest Cricket News)

Iyer combined with opener Bhavin Thakkar (30) to share an 88-run stand before Aditya Tare (68) and Abhishek Nayar (43) played a handy knock to give their team a solid start to the semifinal.

Siddhesh Lad was batting on 57 at stumps in the company of Shardul Thakur in the game played at DRIEMS Ground here.

The star bowler for Madhya Pradesh turned out to be pacer Chandrakant Sakure, who had made his First-Class debut in the quarterfinal against Bengal.

Besides removing the top-three Mumbai batsmen, Sakure got rid of Iqbal Abdulla later in the day to ended with figures of 4 for 102 in 25 overs. Experienced fast bowler Ishwar Pandey picked up two wickets at an economy rate of 1.78.

While Mumbai are 40-time winners of the prestigious domestic competition, Madhya Pradesh have entered the final only for the second time.

Iyer's 104-ball effort came after Mumbai lost Akhil Herwadkar early, having put in to bat by the opposition.

He scored runs at a brisk pace and ended with 13 fours and a six.

Tare took over from Iyer and played a patient knock off 117 balls, highlighted with 10 fours.

Mumbai would Lad to carry on for as long as possible tomorrow and hope the tail wags. His too was a gritty effort as he batted for 115 balls, hitting 11 fours in the process.

Comments
Topics mentioned in this article
MUM MP Aditya Tare Shreyas Santosh Iyer Cricket
Get the latest updates on IPL 2021, IPL Points Table , IPL Schedule 2021 , live score . Like us on Facebook or follow us on Twitter for more sports updates. You can also download the NDTV Cricket app for Android or iOS.