Sheldon Jackson's century helped Saurashtra score 304 before they ran through the Gujarat batting lineup, leaving them tattering at 119/6. 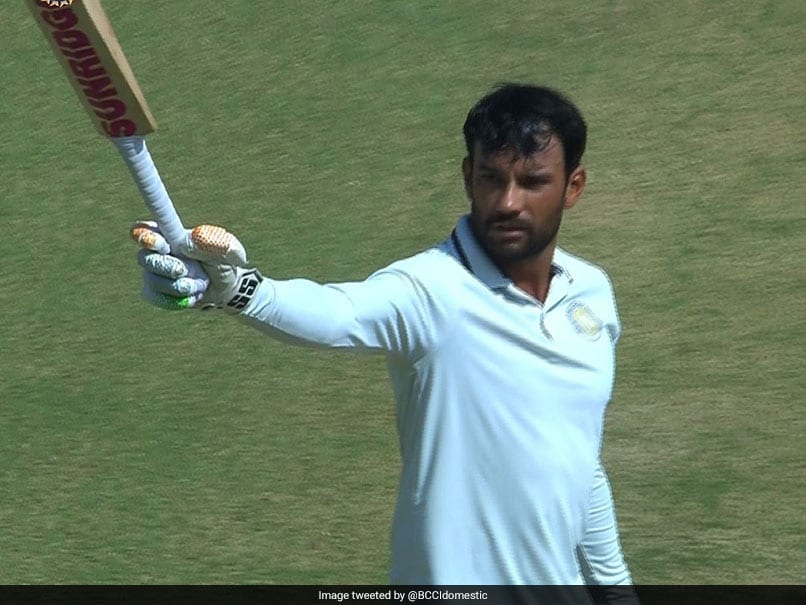 Sheldon Jackson struck a gritty hundred before the bowlers shone as Saurashtra gained the upper hand on the second day of their Ranji Trophy semifinal against Gujarat here on Sunday. Jackson's knock of 103 helped Saurashtra post 304 and then the home team bowlers wreaked havoc on Gujarat's batting line-up to reduce them to 119 for six. Resuming on overnight 217 for five, through Sheldon Jackson and Chirag Jani (29), Saurashtra negated the early challenge posed by the opposition bowlers.

Jackson got a reprieve on 82 when skipper Parthiv Patel dropped a catch off pacer Arzan Nagwaswalla. He made the most of this by notching up his 19th first-class hundred and third this season.

Jackson and Jani were looking good before Gujarat bounced back with medium-pacer Roosh Kalaria sending both the batsmen back to the pavilion.

He first trapped Jani in front of the wicket and then got Jackson to edge to Parthiv as Saurashtra slipped to 266 for seven.

However, Saurashtra pacers reduced Gujarat to one for 2 after Unadkat sent Priyank Panchal (0) in the first over and in the second over Chetan Sakariya cleaned up Samit Gohel (1).

Then, Dhruv Raval (35) and Bhargav Merai (13) tried to steady the ship, but the latter was dismissed when he offered a sitter to Jackson off Prerak Mankad, as the visitors slipped to 37 for three.

Raval, too, was unable to convert his start as he became Unadkat's second victim with Gujarat in deep trouble at 58 for four.

Dharmendrasinh Jadeja then struck twice and got the prize wicket of Parthiv (27) as Gujarat had lost half the side for 95. It soon became 97 for six when Jadeja sent back Chirag Gandhi for a zero.

Rujul Bhatt (27 not out) and Axar Patel (7 not out) made sure that there were no further losses before stumps.

Comments
Topics mentioned in this article
Sheldon Jackson Cricket
Get the latest updates on India vs South Africa and check out  Schedule, Results and Live Score. Like us on Facebook or follow us on Twitter for more sports updates. You can also download the NDTV Cricket app for Android or iOS.