Madhya Pradesh and Uttar Pradesh shared the points in a high-scoring run-fest in Moradabad. 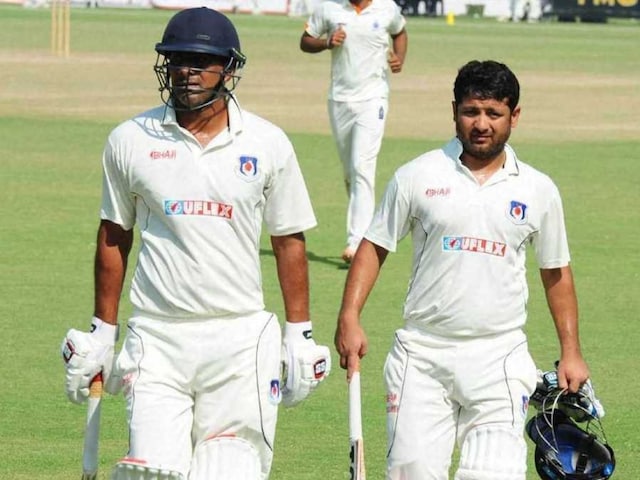 It was not a good match for both Uttar Pradesh and Madhya Pradesh bowlers as only 14 wickets fell in the course of four days.© PTI
Moradabad:

Madhya Pradesh came up with a fighting reply to Uttar Pradesh's mammoth first innings score to share a point with the hosts in the Ranji Trophy Group B match in Moradabad. (Latest Cricket News)

Aditya Shrivastava, who was batting on 99 overnight, went on to score 169 runs off 401 balls.

The other major contributions came from Naman Ojha (88), Devendra Bundela (80) and Harpeet Singh (88*). Ankit Rajpoot ended up as the highest wicket-taker for UP with four for 87.

Comments
Topics mentioned in this article
MP UP Naman Ojha Cricket
Get the latest Cricket news, check out the India cricket schedule, Cricket live score . Like us on Facebook or follow us on Twitter for more sports updates. You can also download the NDTV Cricket app for Android or iOS.