Ranji Trophy Final: Gujarat Bowl Out Mumbai For 228 On Day 1 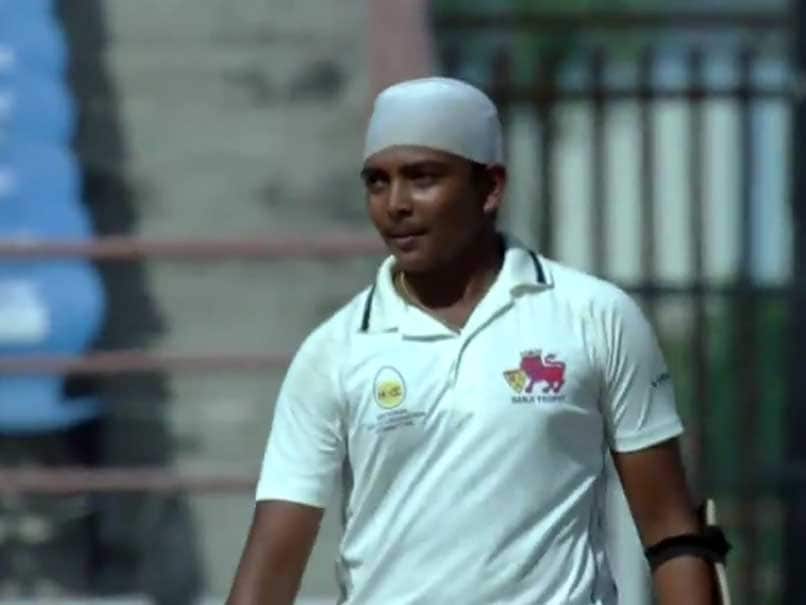 Prithvi Shaw added just one more run to his score in the post lunch session and was run out for 71 as Gujarat fought back brilliantly to bowl Mumbai out for 228 on Day 1 of the Ranji Trophy final on Tuesday.

Mumbai, who were 97/2 at lunch, lost four key wickets to relinquish their strong position, before losing their final four wickets in the day's final session.

For Mumbai, Suryakumar Yadav impressed with a patient knock of 57 off 133 balls but he became Gaja's second victim of the innings.

Siddhesh Lad added brief resistance with a gritty 23 but former India pacer RP Singh got the better of him as Mumbai stumbled after a good first session. Singh, Gaja and Hardik Pandya picked two wickets each.

Gujarat were two for no loss at stumps on Day 1, with Samit Gohel and Priyank Panchal at the crease.

Earlier, despite losing two early wickets in the day, Mumbai fought back through Shaw.

Pathiv Patel-led Gujarat had won the toss and opted to bowl against Mumbai in the Ranji Trophy final at Indore's Holkar Stadium.

Both Mumbai and Gujarat made it to the final after edging out Tamil Nadu and Jharkhand respectively in the semifinals.

While 41 times champions Mumbai are expected to last the distance, it will be a stern test of character for Gujarat, who are in their first final in 66 years with the baggage of never winning the prestigious domestic trophy.

Comments
Topics mentioned in this article
Cricket Rudra Pratap Singh Suryakumar Yadav
Get the latest updates on India vs Australia and check out  Schedule, Results and Live Score. Like us on Facebook or follow us on Twitter for more sports updates. You can also download the NDTV Cricket app for Android or iOS.