In its bid to improve the conditions of pitches in the domestic circuit, the Board of Control for Cricket in India (BCCI) as asked all curators to make green tops for the Ranji Trophy this season. 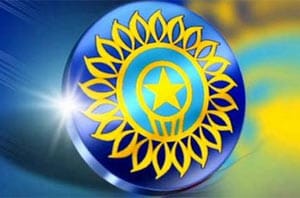 In its bid to improve the conditions of pitches in the domestic circuit, the Board of Control for Cricket in India (BCCI) as asked all curators to make green tops for the Ranji Trophy this season.

Senior BCCI official Rajeev Shukla, chairman of the Indian Premier League (IPL), told IANS Saturday that it was a welcome move by the board.

"It is a good move. We generally see the team fare on faster tracks overseas. I think now things will improve for good in the country," said Shukla.

"A lot of people, including cricketers, have been demanding faster tracks in India and now since they are getting it is good. Now our players won't suffer on overseas tours," he added.

Arvind Dogra, chief curator of the Jawaharlal Nehru Stadium here, told IANS that he had been asked by the BCCI to prepare fast wickets for the ongoing Ranji Trophy tie between Delhi and Uttar Pradesh.

"We were instructed by the board to make green tops and faster wickets. When I saw on Friday morning that the ball was carrying to the wicketkeeper to his shoulder level, I was a relieved man," said Dogra, when asked about why a heavy amount of grass was left of the wicket.

"It was good to see so many fast bowlers taking wickets. It looks a good cricketing turf."

Importantly, of the 11 wickets that fell Friday in this Group B match, 10 were taken by fast bowlers and one by a spinner.

Comments
Topics mentioned in this article
Cricket Vikram Solanki Virat Kohli Wasim Jaffer Irfan Pathan Paul Valthaty
Get the latest Cricket news, check out the India cricket schedule, Cricket live score . Like us on Facebook or follow us on Twitter for more sports updates. You can also download the NDTV Cricket app for Android or iOS.