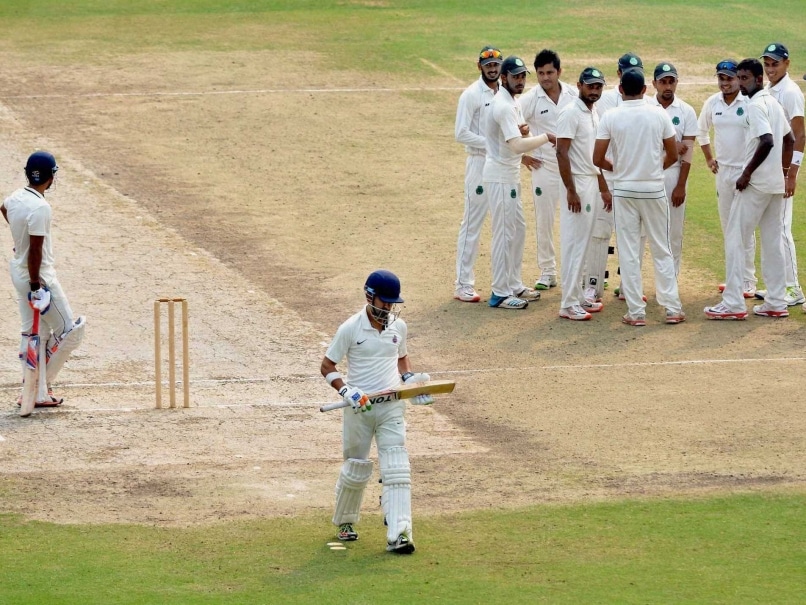 Assam cricket team continued its magnificent run in the 2015/16 Ranji Trophy season as they handed Delhi their first defeat of the season by registering a five-wicket win at the Barsapara Cricket Stadium in Guwahati on Wednesday. (Latest Cricket News)

It was a tense, low-scoring match between the two teams. After Gautam Gambhir-led Delhi were bowled out for 149 on Day One, thanks to a haul of 4/38 by Krishna Das, the visitors struck back on the second day, courtesy Manan Sharma's 4/41.

However, Assam managed to take a slender eight-run lead. Delhi failed to capitalise in the second innings after they were bowled out for 172, giving Assam a target of 165.

After being reduced to 53/3, Assam hung in thanks to a gritty 59 from Rahul Hazarika. On a tense Day Three, with the hosts 95 runs away, KB Arun Karthik, who moved to Assam from Tamil Nadu in this season, got his team over the line with a wonderful, unbeaten 55 to give Assam a glorious win.

The win against Delhi was their third consecutive victory this season and it continued their upsurge in form after suffering two defeats from their first three games. In their first match, they drew with defending champions Karnataka, but lost to Odisha and Vidarbha.

Assam's form turned around with an innings victory over two-time Ranji champions Rajasthan. They defeated Haryana in Lahli by six wickets but this win is big, considering Delhi were in red-hot form heading into the match.

Assam had secured qualification for the elite category after finishing on top of Group C plate division. They qualified for the quarter-finals but were eliminated by eventual winners Karnataka. Their performances this season indicate their hunger and positive attitude and they will be a tough proposition for other teams.

Comments
Topics mentioned in this article
DEL ASS Gautam Gambhir Arun Karthik Cricket
Get the latest updates on IPL Auction 2023 and check out  IPL 2023 and Live Cricket Score. Like us on Facebook or follow us on Twitter for more sports updates. You can also download the NDTV Cricket app for Android or iOS.