Tamil Nadu and Andhra Pradesh shared a point each after heavy for two days forced the match to be drawn. 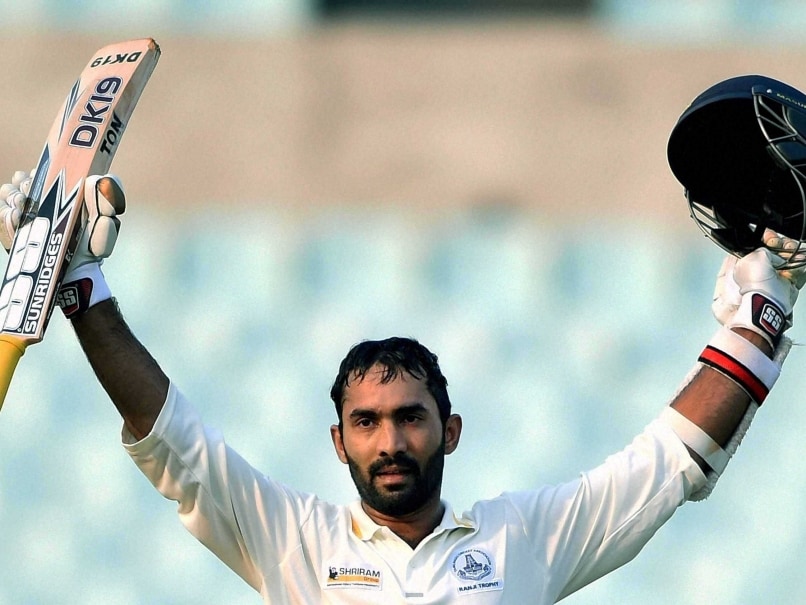 After two days had been washed out owing to rain, Andhra and Tamil Nadu shared a point each after their Group B Ranji Trophy match ended in a draw at the MA Chidambaram Stadium. (Latest Cricket News)

When the stumps were drawn on the fourth and final day, Tamil Nadu were 164 for seven in 37 overs.

Opting to bat after winning the toss, Andhra were all out for 203 in 77.2 overs on the first day of the game.

Baba Indrajith top-scored for the hosts with a 51-ball 43.

Tamil Nadu take on Uttar Pradesh at Kanpur in the next round.

Batting was difficult on a slow turner and the home side's opening batsman Baba Aparajith made his exit in the fifth over for just 6 runs.

Then, wicketkeeper-batsman Dinesh Kathik joined captain Abhinav Mukund and the former straightaway started scoring freely. But Dinesh was ran out while trying to take a quick single - he made 29 runs of 23 balls and hit four fours and a six. The duo added 44 runs for the second wicket in 7.2 overs.

Vijay Shankar was clean bowled by Shivraj for 3. In-form Indrajith and R Satish steadied the innings before Satish was run out for 33.

Indrajith, too, got out when he stepped out to hit B Sudhakar and was stumped by keeper Bharath. Later, Malolan Rangarajan made an useful 26.

Himachal Pradesh and Services shared a point after their Ranji Trophy Group C game ended in a draw with the visitors ending day four at 448/8 in response to the hosts' first innings total of 531.

Overnight centurions Rajat Paliwal (107) and Yashpal Singh (115) did not last long after resuming the Services' innings at 344/3.

Himachal could have pressed harder for the first innings lead had it not been for a shortened day four when 47.1 overs were bowled.

Comments
Topics mentioned in this article
TN AND Dinesh Karthik Cricket
Get the latest updates on India vs South Africa and check out  Schedule, Results and Live Score. Like us on Facebook or follow us on Twitter for more sports updates. You can also download the NDTV Cricket app for Android or iOS.