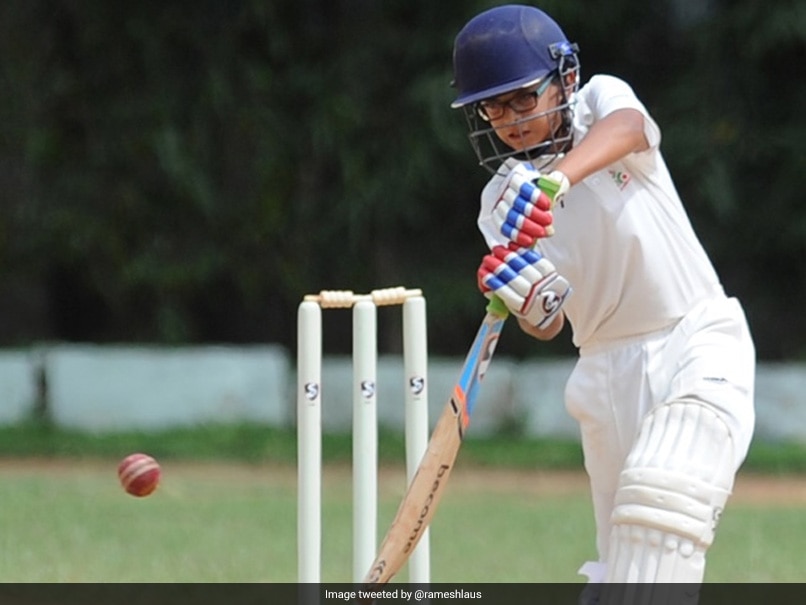 Former India captain and batting great Rahul Dravid's son, Samit, cracked a double century in an Under-14 state-level match this week. Samit, 14, scored 201 for Vice-President's XI against Dharwad Zone in an Under-14 inter-zonal tournament. His 256-ball innings was laced with 22 fours. The match ended in a draw as Samit added to his first innings tally by scoring an unbeaten 94 in the second. He also took three wickets.

The Vice-President's XI skipper Samit Dravid won the toss and elected to bat.

Samit's team had a poor start as they lost their first wicket with just three runs on the board.

At one stage, Vice-President's XI were in trouble at 67 for three but Samit and Shreyas Mohanty put on a 146-run stand for the fourth wicket to steady the innings.

Mohanty was looking set for a big score but he was cleaned up at 78 by Bhuvan B.

Veeraj Haveri, Dharwad Zone captain, got the big wicket of Samit Dravid when he dismissed the double centurion in the 87th over. The Vice-President's XI declared their first innings at 372 for seven.

In reply, Dharwad Zone had a horrendous start as they lost three wickets in the fourth over including the prized scalp of captain Veeraj Haveri.

Opening batsman Utkarsh Shinde scored a half-century but his team was bundled out for 124.

Samit looked good in the second innings as well and was involved in a 156-run unbeaten stand with Pranav Abhijit Bhattad.