Committee of Administrators (CoA) has downplayed the conflict of interest charge against Rahul Dravid, citing the example of former RBI Governor Raghuram Rajan. 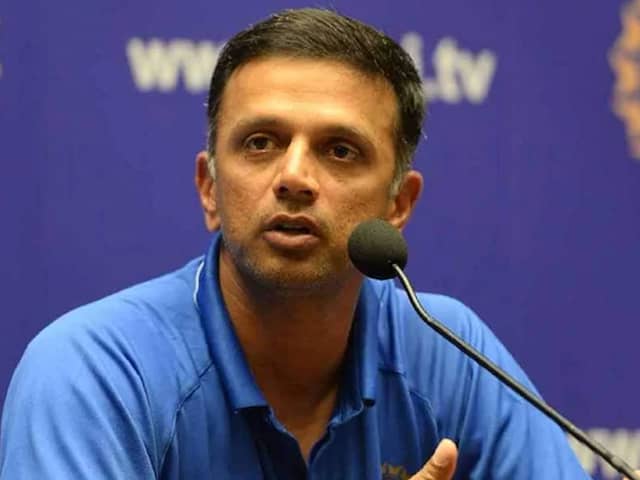 CoA feels that if Rahul Dravid is not taking remuneration from India Cements, he is not in conflict.© AFP

Former India captain Rahul Dravid on Thursday deposed before BCCI Ethics Officer DK Jain to explain the conflict of interest charge against him that has been downplayed by the Committee of Administrators (CoA) citing the example of former RBI Governor Raghuram Rajan. The complaint was filed by Madhya Pradesh Cricket Association Life member Sanjeev Gupta stating that Dravid has taken a "Leave of Absence" and not resigned from his position at India Cements (owners of IPL franchise CSK) before taking up the role of National Cricket Academy's Director of Cricket.

It is learnt that the CoA has offered support to Dravid's cause with its head Vinod Rai, a former CAG, giving a note to the Ethics Officer, citing two examples where a person's leave of absence from an organisation is not seen in conflict with his current post of employment.

"The CoA chief had written a note before the deposition that they feel if Dravid has taken a Leave of Absence, then he is not in conflict. He cited examples of former RBI Governor Rajan, who took leave of absence from his teaching role at the University of Chicago," a senior BCCI official told PTI on conditions of anonymity.

"The CoA note also cites Arvind Panagariya's example. The former Vice-Chairman of the NITI Aayog was on lien from Columbia University. In both cases, the gentlemen in question held very sensitive government positions and were not taking any remuneration from their previous employers.

"The CoA feels that if Dravid has declared and is not taking remuneration from India Cements, he is not in conflict," the official said. '

However, despite the CoA note, it was Jain's prerogative to call Dravid for deposition. It is expected that Dravid will be asked to resign from his post in order to come clear. The BCCI will not formally upload the Ethics Officer's directives as per new norms.

Only the Ombudsman's decisions are up for public disclosure. On the conflict of interest issue of former BCCI liaison officer Mayank Parekh, who allegedly runs six clubs in Mumbai Cricket Association, the Ethics Officer has given BCCI three weeks' time to reply before further hearing.

Rahul Dravid Cricket BCCI
Get the latest updates on IPL 2020, check out the IPL Schedule for 2020 and Indian Premier League (IPL) Cricket live score . Like us on Facebook or follow us on Twitter for more sports updates. You can also download the NDTV Cricket app for Android or iOS.