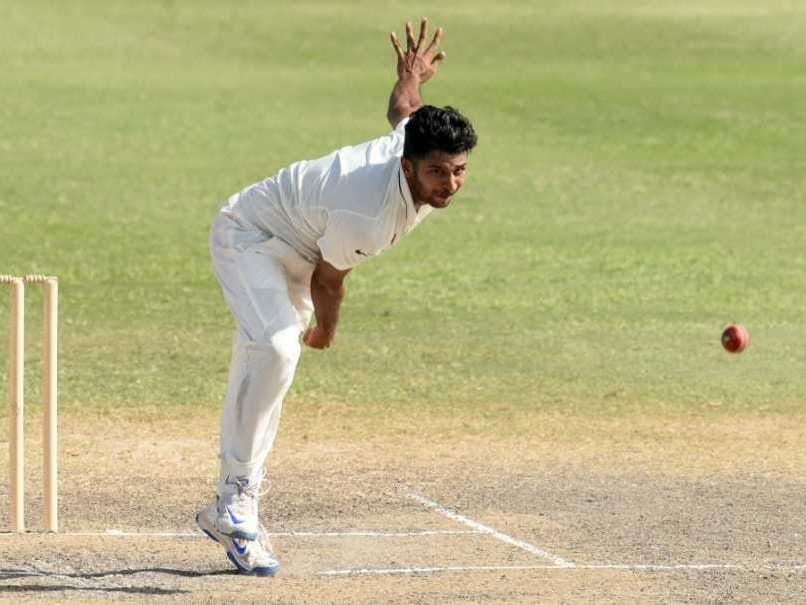 Shardul Thakur was the pick of the bowlers for India A with 3/71. © AFP

Shardul Thakur, omitted from the Test squad against New Zealand, took three wickets for 71 runs but his effort was not enough to stop Australia A from taking a handsome 150-run lead against India A in Brisbane on Friday.

Replying to India's first innings score of 169 all out, Australia A were 319 for five at close on Day 2 of the final match of the two-game quadrangular cricket series.

Thakur rocked the Australians top order with two quick wickets. But the home side recovered well from 11 for two at the Allan Border field in Brisbane.

Australia A started the day well, taking the final India A wicket from the fourth ball of the day to bowl out the visitors for 169, with Kane Richardson (4-37) continuing his Day 1 form by removing Hardik Pandya for 79.

Western Australia's Hilton Cartwright (99 batting) dominated the day with the bat but New South Wales' Nic Maddinson also contributing with an 81 off 114 balls. Maddinson was caught by Manish Pandey from the off-spin of Jayant Yadav.

Comments
Topics mentioned in this article
Shardul Narendra Thakur Kane Richardson Nic Maddinson Manish Pandey Cricket
Get the latest updates on ICC T20 Worldcup 2022 and CWG 2022 check out the Schedule, Live Score and Medals Tally. Like us on Facebook or follow us on Twitter for more sports updates. You can also download the NDTV Cricket app for Android or iOS.