Quadrangular Cricket: Hardik Pandya Saves Day For India A vs Australia A

Hardik Pandya was unbeaten on 79 after India A slumped on a rain-hit day. Australia A won the toss in this quadrangular cricket series match and opted to bowl first 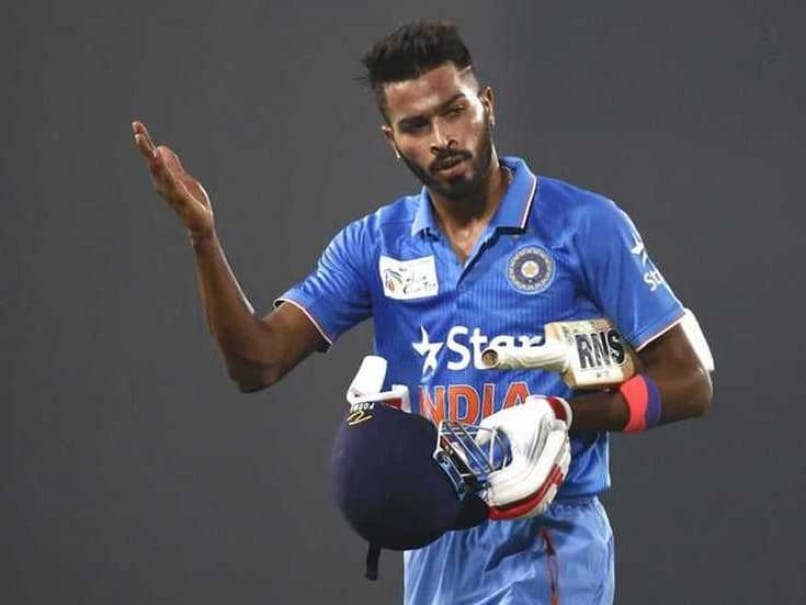 Hardik Pandya hit nine boundaries and a six during his unbeaten 79-run knock against Australia A. © AFP

Hardik Pandya's unbeaten 79 saved India the blushes on Day 1 of their four-day Quadrangular cricket series match against Australia A in Brisbane on Thursday. India were 169 for 9 at stumps on a rain-hit day.

On Thursday, Australia A were in control when bad light and rain saw play abandoned at Allan Border Field in Brisbane.

Pandya was the main contributor for the visitors along with Jayant Yadav, who made 28. Australia A captain Joe Burns won the toss and elected to bowl first under overcast conditions.

South Australian quick Kane Richardson (2-27) was the pick of the bowlers early on, striking first with the wicket of Faiz Fazal (0), who edged to Nic Maddinson at second slip.

Karun Nair (1) followed, run-out by a direct hit from Hilton Cartwright to leave the tourists 2-11. The collapse that followed garnered three wickets for the home side at the expense of zero runs, leaving India A in serious trouble at 11 for four wickets.

India A captain Naman Ojha (19) fell immediately after lunch, trapped LBW by Jackson Bird to give the Tasmania quick his second wicket of the day.

Ojha and Sanju Samson (13) had set about negotiating their side out of a tricky position, but the latter's innings didn't last until lunch, as Cartwright switched ends for his second over and snuck one through the batsman's defence to hit leg stump and claim a breakthrough.

Comments
Topics mentioned in this article
Hardik Himanshu Pandya Kane Richardson Faiz Fazal Nic Maddinson Karun Nair Naman Ojha Sanju Samson Cricket
Get the latest updates on India vs South Africa and check out  Schedule, Results and Live Score. Like us on Facebook or follow us on Twitter for more sports updates. You can also download the NDTV Cricket app for Android or iOS.