Pat Cummins and his fiancee Becky Boston are expecting their first child later this year. 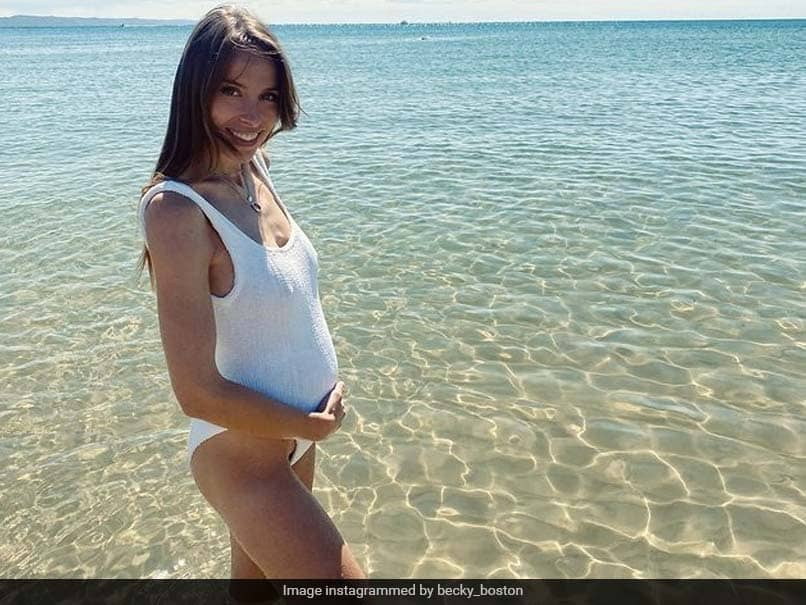 Pat Cummins' fiancee Becky Boston announced that they are expecting a child in spring.© Instagram

Australia fast bowler Pat Cummins is set to become a father this coming spring as he and his fiancee Becky Boston are expecting their first child. Becky Boston had taken to Instagram on April 23 to share the news, and on Sunday, Cummins' Indian Premier League (IPL) franchise Kolkata Knight Riders (KKR) took to Twitter to congratulate the couple, as it was the occasion of Mother's Day. "What a fantastic piece of news on #MothersDay," KKR wrote in their tweet.

What a fantastic piece of news on #MothersDay!

"I can't hide this happiness any longer!! Baby Boston Cummins will be joining us in Spring," Becky Boston had written on her Instagram post.

Becky Boston is Pat Cummins' long-time girlfriend and the couple got engaged in February last year.

Cummins is currently in the Maldives along with the rest of the Australian contingent from the IPL, after the tournament was indefinitely postponed on Tuesday.

With a travel ban on flights from India, the Australians have to quarantine in the Maldives before returning home.

The tournament was cancelled amid a surge of COVID-19 cases in India and a shortage in hospital beds and oxygen supply.

Cases popped up in the IPL bio-bubbles as well, leading to the season being postponed.

Cummins was among the first cricketers to support India's fight against COVID-19, donating $50,000 to the cause.