Former Pakistan captain Inzamam-ul-Haq said Danish Kaneria played the most under him and he is not ready to accept the claims made by the spinner. 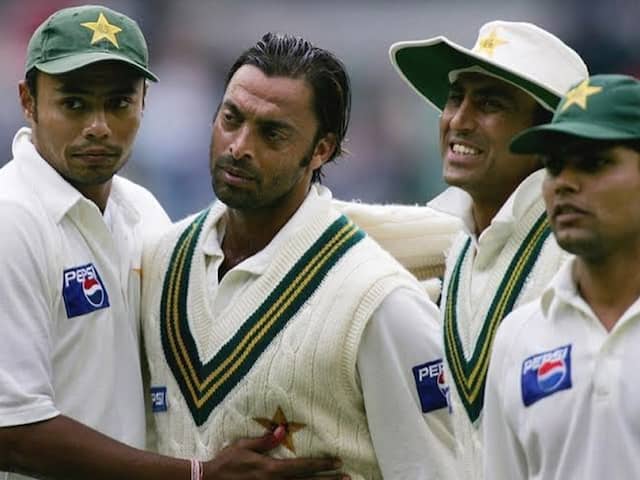 Danish Kaneria and Shoaib Akhtar during their playing days.© AFP

The controversy over former speedster Shoaib Akhtar's claim that some Pakistani cricketers refused to have food with banned spinner Danish Kaneria, who belongs to the minority Hindu community, seems unending as now former Green Brigade skipper Inzamam-ul-Haq has spoken on the matter. Inzamam said he never felt any such thing when Kaneria played under him. The former Pakistan skipper's comments were uploaded on social media in a series of tweets by Pakistani journalist Saj Sadiq. "The captain who Danish Kaneria played under the most was me and I never felt that there was any such thing in our team, that any player treats another player badly if he is a non-Muslim. I never noticed even a single example of any such thing in our team," Inzamam was quoted as saying by the journalist.

"I am not ready to accept Danish Kaneria's claim that we have such small hearts, that we would do a thing like this and that we didn't accept someone. I think Pakistanis have big hearts and we can accept everyone in our hearts," he added.

Refuting any claim of discrimination, Inzamam said: "When we went on tours like in Sharjah, Indian & Pakistani players would be in the same hotel & I'd often see players sitting in each other's rooms, joking around and eating together. So from both sides, I never saw any such thing of not eating together."

Earlier on Saturday, Kaneria, who is serving a life ban for spot-fixing, made fresh allegations against the Pakistan Cricket Board (PCB) and the government saying that he was not offered any help after being banned from the sport.

Taking to Twitter, Kaneria said: "It is a fact that I didn't get any support from Pakistan government or the board after the ban and my acceptance, whereas other players in similar situation play for Pak with support from PCB and are honoured. Any drawn conclusion on this matter would prove Shoaib Akhtar claim as right."

When quizzed about the few players who he felt had discriminated against him, Kaneria had said he would reveal their names later on his YouTube channel.

Pakistan Cricket Team Danish Kaneria Inzamam-ul-Haq Cricket
Get the latest Cricket news, check out the India cricket schedule, Cricket live score . Like us on Facebook or follow us on Twitter for more sports updates. You can also download the NDTV Cricket app for Android or iOS.