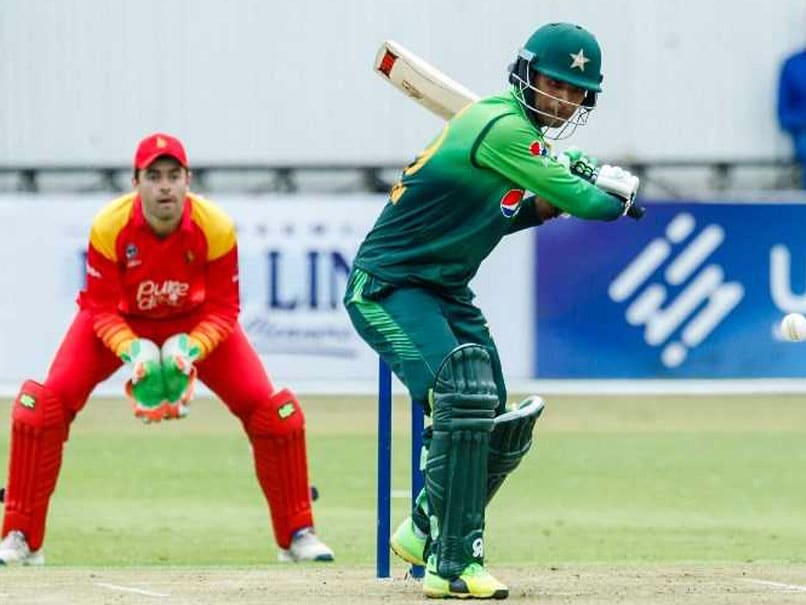 Pakistan openers Fakhar Zaman and Imam-ul-Haq on Friday broke the all-time opening partnership in one-day international (ODI) history. Fakhar Zaman and Imam-ul-Haq achieved the milestone during the fourth ODI against Zimbabwe at Queens Sports Club in Bulawayo. The Pakistan duo went past Sri Lanka's Sanath Jayasuriya and Upul Tharanga to break the all-time opening partnership record. Zaman and Imam formed a huge 304-run opening stand before the latter was dismissed by Wellington Masakadza. Fakhar Zaman meanwhile became the first Pakistan cricketer to score a double century in ODIs. Before Zaman, Saeed Anwar held the record of most runs in an inning when he scored 194 runs against India in 1997.

Jayasuriya and Tharanga stitched a 284-run stand for the opening wicket against England at Headingley cricket ground in Leeds in 2006. Now, it has been taken over by Zaman and Imam.

Fakhar Zaman and Imam-ul-Haq have now broken the record for the largest opening partnership ever in ODIs! The previous highest was 286 between Sanath Jayasuriya and Upul Tharanga in 2006 against England #ZIMvPAK #Cricket

Zaman and Imam partnership is also the highest-ever opening partnership for Pakistan as well, beating the previous highest of 263 between Aamer Sohail and Inzamam-ul-Haq against New Zealand in 1994.

Australia opening pair of David Warner and Travis Head are third on the list. They formed a 284-run opening stand against Pakistan in 2017.

For India, Sachin Tendulkar and Sourav Ganguly hold the record for the highest opening partnership. The duo scored 258 runs together for the opening wicket against Kenya in 2001.

Zimbabwe Cricket Team Fakhar Zaman Cricket
Get the latest updates on SA vs IND 2021-22, check out the Schedule and Live Score . Like us on Facebook or follow us on Twitter for more sports updates. You can also download the NDTV Cricket app for Android or iOS.