Pakistan vs New Zealand, 2nd Test, Day 2 at Dubai - As it Happened

Live cricket score and ball-by-ball commentary from the second day of the second Test match between Pakistan and New Zealand at the Dubai International Cricket Stadium, Dubai on Tuesday. 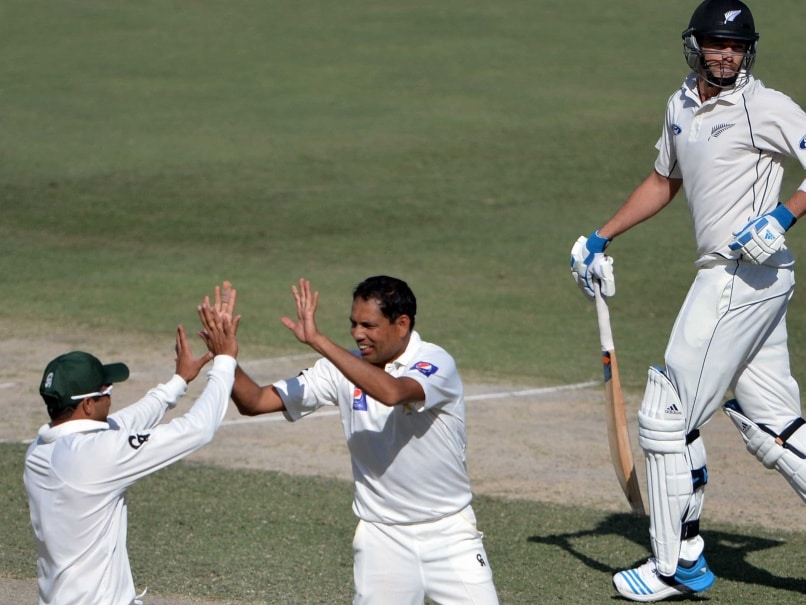 Pakistan, replying to New Zealand's first innings total of 403, were 34-2 at stumps on the second day of the second Test in Dubai on Tuesday. Catch all the highlights of the match here: (SCORECARD)

Pakistan, leading the three-match series 1-0 after winning the first Test in Abu Dhabi, lost opener Shan Masood for 13 and Taufeeq Umar for 16.

At close Azhar Ali was four not out and with him Younis Khan on one, as Pakistan still trail by 369 runs.

Left-arm spinner Zulfiqar Babar was the pick of bowlers with 4-137 while leggie Yasir Shah finished with 2-92 and seamer Ehsan Adil 2-73.