Mohammad Amir remained wicketless in the three matches he played during the Asia Cup. 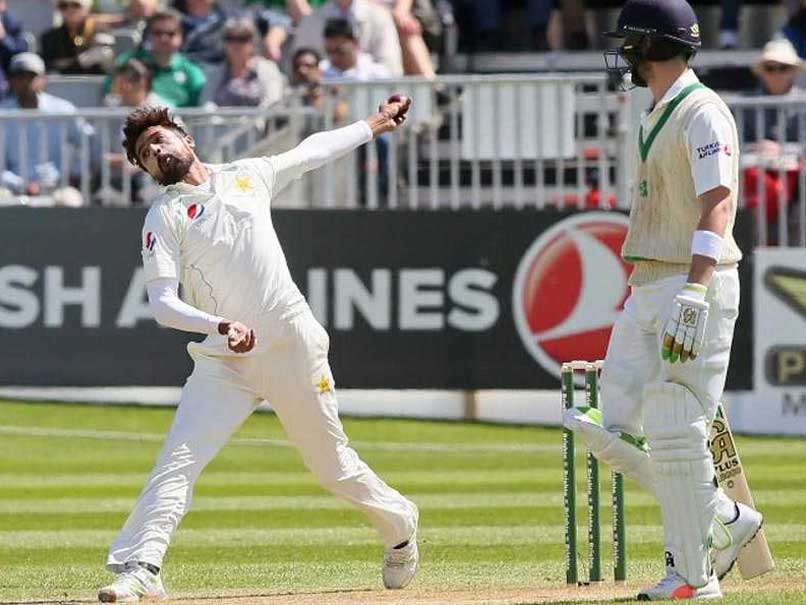 Mohammad Amir returned to international cricket in 2016 after serving a five-year ban.© AFP

Mohammad Amir, who had a dismal Asia Cup 2018 where he failed to take even a single wicket, has been axed from the 17-member squad for the upcoming two-match Test series against Australia scheduled to start from October 7 in United Arab Emirates. Amir, who returned to international cricket in 2016 after being banned for five-years for match-fixing, had been praised for his performances post his return. The likes of Indian skipper Virat Kohli had even called him one of the best. However, his form has seen a drastic slump in the last few months. In 10 ODIs played this year, Amir has taken just three wickets.

Elaborating on the decision to exclude Amir from the Australia series, chief selector Inzamam-ul-Haq said the team was selected keeping in mind the conditions in the UAE, where Pakistan have being playing their home matches since 2009.

"The team has been selected keeping in mind the conditions of the UAE. Amir has been dropped on lack of form and Wahab Riaz and Mir Hamza comes in the side,” said Inzamam after the announcement of the squad.

Pakistan will heavily rely on its ace leg-spinner Yasir Shah who played a key role in the 2-0 win over Australia in UAE in 2014, when he took 12 wickets. Besides Yasir the squad has 19-year-old leg-spinner Shadab Khan and 33-year-old off-spinner Bilal Asif, who has yet to play a Test match but played three one-day internationals in 2015.

"We have three spinners Yasir, Shadab and Asif who are in the squad keeping in view the UAE wickets," said Inzamam.

Both teams will also play three Twenty20 internationals, the squads for which will be announced later.

Left-arm paceman Riaz returns to the squad after playing the last of his 26 Tests in October last year.

The squad also has another fast-rising left-arm paceman Hamza who has yet to play for Pakistan.

Sarfraz Ahmed will lead the side against Australia.

Sarfraz Ahmed Tim Paine Cricket
Get the latest updates on IPL Auction 2023 and check out  IPL 2023 and Live Cricket Score. Like us on Facebook or follow us on Twitter for more sports updates. You can also download the NDTV Cricket app for Android or iOS.