Pakistan trio miss out on contracts 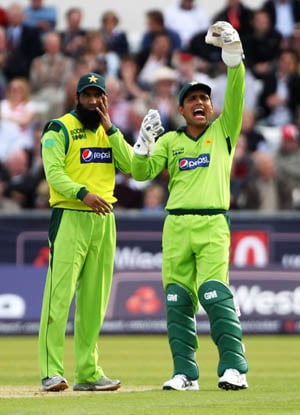 Malik, who also missed out on a contract last time round, and Kaneria were not named after both were investigated as part of a corruption probe last year.

"The central contracts have been given to 19 players for a period of six months from 1st January to 30th June, 2011, and will be reviewed again for the next six months," PCB said in a statement.

Former captain Younis Khan regained his A category contract after failing to make last year's list following a ban after a tour of Australia which was marred by players' indiscipline and defeats in all matches.

His ban was lifted last year on appeal.

Mohammad Hafeez, Umar Akmal, Abdur Rehman, Saeed Ajmal and Wahab Riaz were named in B category for which the players are paid 175,000 rupees ($2,000).

The PCB last month said Malik and Kaneria will only be given central contracts after clearance from the integrity committee set-up following spot-fixing charges against Pakistan players during the England tour last year.

The banned trio also face criminal prosecution in Britain. They are due to appear in a London court on March 17.