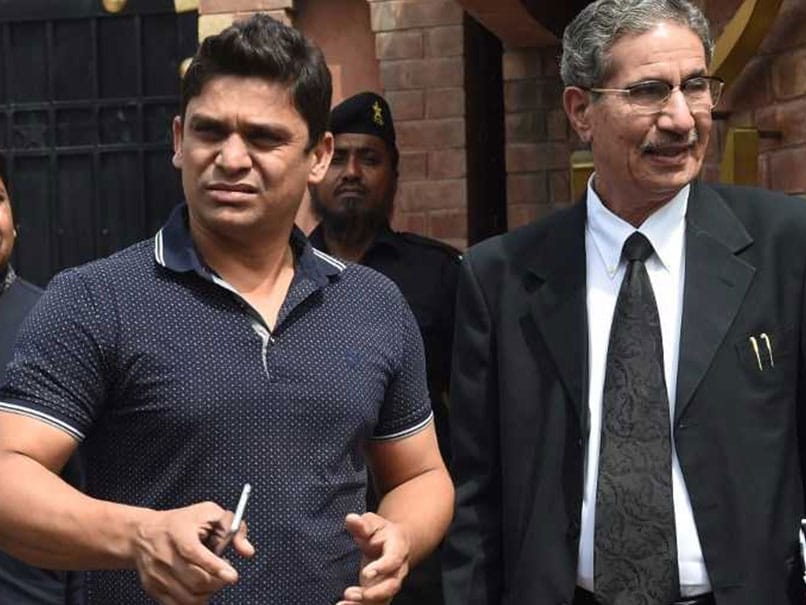 The Pakistan Cricket Board has filed an appeal seeking a life ban on disgraced national team batsman, Khalid Latif, who was banned for five years and fined one million rupees for spot-fixing. PCB's legal advisor, Tafazzul Rizvi, said they had filed an appeal with the independent adjudicator, seeking a life ban on Latif. "We are not satisfied with the five-year ban and volume of fine. Our policy is clear that we have zero tolerance for players found guilty of corruption," he said.

"We don't want to see players who are found guilty on all counts under the anti-corruption code to play again. We want to make an example for others."

The duo was suspended and sent back from Dubai in February after meeting a suspected bookmaker and allegedly agreeing to spot-fix for him.

The tribunal banned Sharjeel for five years, suspending half of his sentence and didn't fine him.

But in Latif's case, the tribunal, headed by a former Lahore High Court didn't show any relaxation at all.

While the tribunal found Sharjeel and Latif guilty on all counts of charges brought against them by the PCB, in Latif's case, he was found guilty of one additional charge, which was that he had instigated his team-mate to indulge in spot-fixing.

Sharjeel has already filed an appeal against his ban with the independent adjudicator, but there is no word from Latif so far.

But Latif and his lawyer, since the start of the tribunal proceedings, have alleged that it was biased against them and they had not been given a fair hearing.

Latif's lawyer has also filed a petition in the higher court against the tribunal proceedings and ban.

In Pakistan's cricket history only one player -- former Test batsman Salim Malik -- has been banned for life on match-fixing charges way back in 2000.

Comments
Topics mentioned in this article
Pakistan Cricket Team Pakistan Cricket Board Khalid Latif Cricket
Get the latest updates on ICC T20 Worldcup 2022 and CWG 2022 check out the Schedule, Live Score and Medals Tally. Like us on Facebook or follow us on Twitter for more sports updates. You can also download the NDTV Cricket app for Android or iOS.