Former Indian all-rounder Robin Singh is on the foreign coaches panel and will manage one of the five sides in the upcoming Pakistan Super League T20 in the United Arab Emirates. 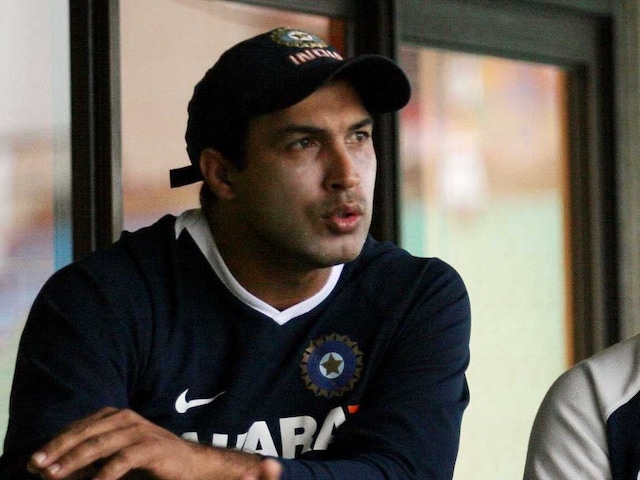 Robin Singh is among one of the coaches of the Indian Premier League side Mumbai Indians.© AFP
Karachi:

Pakistan Cricket Board (PCB) has roped in former Indian all-rounder Robin Singh to be on the foreign coaches panel and manage one of the five sides in the upcoming Pakistan Super League T20 tournament in the United Arab Emirates.

Robin, who represented India in 136 ODIs and a single Test before taking up coaching as a fulltime profession, is perhaps the only Indian who will be part of the PSL, which is to be held between February 4 to 24.

After retiring from cricket in 2004, Robin took up coaching with the junior teams of India and eventually became the fielding coach of the national side for two years from 2007 to 2009. He later went on to coach Mumbai Indians in the Indian Premier League as well.

According to the list of foreign coaches, who will be assigned to the franchises, there are many big international names like former South African coach Micky Arthur, Andy Moles, Chris Adams, Chaminda Vaas and Gordon Greenidge. (Shoaib Akhtar Wants to Buy a PSL Team)

Najam Sethi, who is heading the ambitious PSL project, said the PCB has negotiated with 15 coaches who have agreed to be part of the PSL.

"Until now 15 coaches have agreed to be drafted into PSL's pool and we're still in talks with other top coaches and cricketers. So more names will be revealed in the next few days," Sethi said.

The former Chairman of the PCB also said to ensure that foreign and local players don't have any complaints about their pay packages the board would be asking the franchises to submit surety amounts before the start of the league and the PCB itself would pay the players and coaches.

"We don't want a repeat of what has happened in some leagues. We want to ensure PSL is organised smoothly. The main aim is to ensure that foreign players, coaches have only good things to say about our league."

Sethi added that the participation of foreign players and coaches will benefit domestic cricketers, who will not only share a dressing room with the best in the business but also bolster their finances in the process.

He said the domestic players will also benefit a lot from the PSL with emerging players guaranteed a minimum fee of 25,000 US Dollars while other senior local players can earn from 50,000 USD onwards.

Earlier, PCB Chairman Shaharyar Khan made it clear that the board wanted to organise the PSL in Pakistan and also contacted other boards and foreign players, but the response was not very encouraging due to security concerns.

"That is why we decided to go ahead by launching the PSL at a neutral venue but we are pretty sure that by next year or afterwards the PSL will also organised in Pakistan," he added.

Comments
Topics mentioned in this article
Robin Singh Pakistan Cricket Board Cricket
Get the latest Cricket news, check out the India cricket schedule, Cricket live score . Like us on Facebook or follow us on Twitter for more sports updates. You can also download the NDTV Cricket app for Android or iOS.