N. Srinivasan's tumultuous tenure as the International Cricket Council chairman was cut short on Monday after the powerful Indian board (BCCI) withdrew support for its former president. 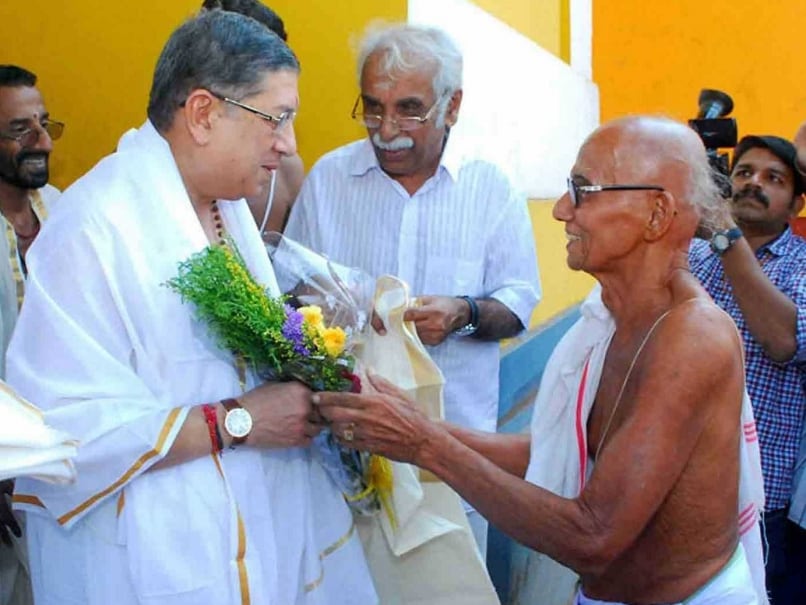 On Monday, the Board of Control for Cricket in India withdrew N. Srinivasan as chairman of the International Cricket Council. Often described as the sport's most powerful man, former BCCI chief Srinivasan took over as ICC head in June 2014 in controversial circumstances after his son-in-law was indicted in an illegal betting scandal in the Indian Premier League. (N. Srinivasan Removed as International Cricket Council Chairman, BCCI President Shashank Manohar to Fill in)

The decision to remove Srinivasan was taken at the BCCI AGM, chaired by new Board chief, Shashank Manohar, who will now represent India till June 2016.

But Srinivasan was unfazed and told NDTV from his Chennai residence: "It is the prerogative of the Board president to represent BCCI at ICC. I wish him (Shashank Manohar) all the best".

Srinivasan's India Cements company owned the lucrative Twenty20 competition's Chennai franchise, which many perceived as a clear case of a conflict of interest. (Board of Control for Cricket in India AGM: Ravi Shastri Out of IPL Panel, Sourav Ganguly is in, 10 Developments)

Since the IPL scandal broke out, BCCI has spent considerable time being admonished by the Supreme Court for being lenient in its handling of corruption that plagued the Twenty20 league.

When asked about his future plans, the 70-year-old was quick to reply, "I want to concentrate on my cement business". An avid golf lover, Srinivasan said: "Cricket is still dear to my heart. I will use my spare time to improve my golf".

For now, it seems that the once all-powerful cricket chief has retired hurt. As Srinivasan's one-time mentor and former BCCI president AC Muthiah told NDTV, "You never know, he can always come back".

Srinivasan is still the president of the Tamil Nadu Cricket Association and the gate is still open for him to return to the BCCI.

Comments
Topics mentioned in this article
N. Srinivasan International Cricket Council Cricket
Get the latest updates on IPL 2021, check out the IPL 2021 Schedule and Indian Premier League Live Score . Like us on Facebook or follow us on Twitter for more sports updates. You can also download the NDTV Cricket app for Android or iOS.