David Warner, Pacers Shine as Steve Smith Era Begins With Win vs Ireland in Only ODI

David Warner hit 84 while Nathan Coulter-Nile (3/13) was pick of the bowlers as Australia won the rain-affected one-off ODI by 23 runs against Ireland. 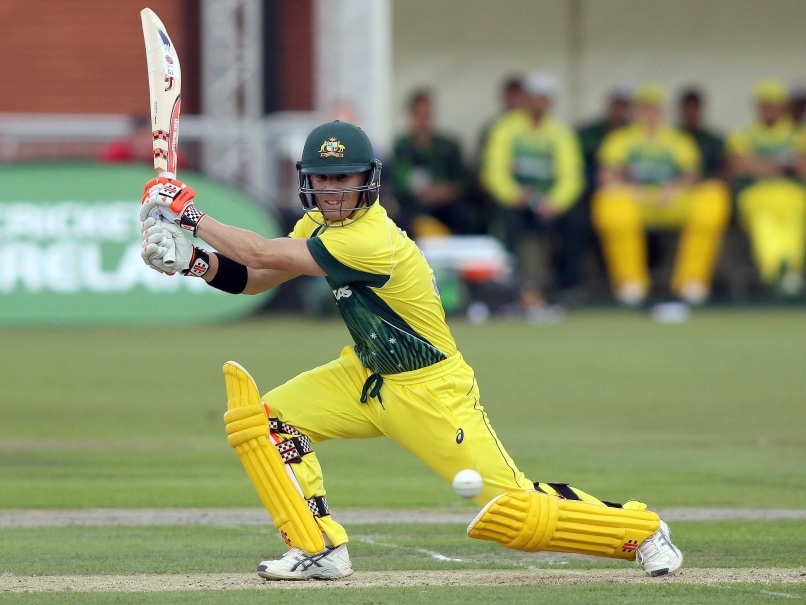 Steven Smith's first match as full-time Australia captain ended with a rain-affected 23-run one-day international win over Ireland in Belfast on Thursday, but it needed the speed of Pat Cummins and Mitchell Starc to put the hosts in their place. (Scorecard)

A third-wicket partnership of 86 between Ed Joyce (44) and Niall O'Brien (45) put Ireland on course for their first ever victory over the world champions.

But after Glenn Maxwell ended the stand, the middle-lower order could not maintain the scoring rate against the express pace of Cummins and Starc, the world's top-ranked ODI bowler.

Cummins (two for 19) actually broke the bat of Stuart Thompson, who had just hit off-spinner Maxwell for two sixes as Ireland, cricket's leading non-Test nation, chased a revised target of 181 in 24 overs on a frustrating day of four rain interruptions.

Nathan Coulter-Nile, with the final two wickets in the last over, ended as the most successful bowler and also the most economical (three for 13 in 4.4 overs) as Australia, in their first match in this format since beating New Zealand in the World Cup final in Melbourne in March, ultimately won with something to spare.

Australia, with Smith leading the team for the first time following the retirement of Michael Clarke, had chosen to bat on what he described as a slow but good pitch and they made 222 for six before the second rain interruption ended their innings in the 41st over.

Joe Burns, who made 69 on his ODI debut and David Warner, named man-of-the-match for his 84 from 80 balls with seven fours and three sixes, put on 139 for the first wicket

But Ireland hit back with six wickets for 85 runs to the delight of home fans at the Stormont ground.

The first 10 overs powerplay though was dominated by Australia as they scored 80, which included nine fours and two sixes.

Craig Young receiving the harshest treatment, his third over going for 17, including three consecutive fours by Burns.

The Queenslander was the first to his fifty, from 45 balls and two deliveries later, Warner brought up his half century from one ball fewer, both openers having a then identical boundary count of six fours and a six.

Young thought he had the first wicket when Burns, on 61, edged to the keeper, but the television umpire ruled that it was a no-ball and the new cap's innings continued.

Burns, however, had added just eight more runs when Young did indeed claim his wicket, a mistimed pull going safely into the gloves of Niall O'Brien, keeping wicket in place of Gary Wilson.

Warner hit the next ball for six but that was to be the last boundary for 11 overs.

Ireland reduced Australia to 170 for four with Warner caught at deep mid-wicket off Tim Murtagh, George Bailey bowled by Murtagh for one and Glenn Maxwell brilliantly caught low down to his right by O'Brien for just two.

Ireland claimed the big scalp of Smith, caught behind for 21 off Thompson.

Australia did enough but Ireland, only denied a World Cup quarter-final place on net run-rate by a West Indies team they beat in pool play, had again proved worthy opponents for a leading team.

The Australians' tour continues with a lone Twenty20 and five-match one-day series against England, who beat them 3-2 in the recent Ashes Test campaign.

Comments
Topics mentioned in this article
Australia Cricket Team David Warner Nathan Coulter-Nile Pat Cummins Ed Joyce Niall O'Brien Ireland Cricket Team Steven Smith Cricket
Get the latest updates on India vs South Africa and check out  Schedule, Results and Live Score. Like us on Facebook or follow us on Twitter for more sports updates. You can also download the NDTV Cricket app for Android or iOS.