Modern greats Brian Lara and Jacques Kallis also miss out in a list that neither features players currently playing the game nor any of the top-10 run scorers in Test cricket. Imran Khan is the captain of Bird's World Test XI. 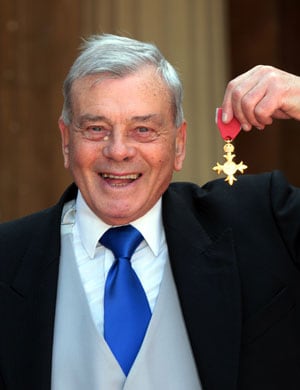 With his 80th birthday coming up on Friday, cricket's most famous English umpire Dickie Bird has listed the eleven players he believes are the 'greatest-ever' in Test cricket.

Published in The Telegraph, the list contains some predictable entries and some surprise additions. None of the top-10 run getters in Test cricket are part of the list with the likes of Sachin Tendulkar, Ricky Ponting and Brian Lara being shock omissions. Sir Donald Bradman also fails to make the cut.

The only Indian to feature in the list is Sunil Gavaskar, who is paired alongside South African opener Barry Richards. Bird describes Gavaskar as "one of the two best opening bats" while claiming the Richards "would have broken all the records, but for apartheid".

Bird then goes on to include legends Sir Vivian Richards and Greg Chappell - picks not many can argue with. He goes on to nominate another player "largely lost because of apartheid", Graeme Pollock, as part of the list.

Sir Garfield Sobers is an obvious choice in any such list and Bird simply states "the all-rounder was the greatest I have ever seen play the game".

ICC Hall of Famer and wicketkeeper-batsman Alan Knott is the only Englishman and compatriot of Bird to feature in the list. Imran Khan is the captain of Bird's greatest Test XI and Shane Warne finds a spot as well.

"The finest fast bowler who ever lived" Dennis Lillee and West Indian spinner Lance Gibbs round off an eleven which raises more questions about omissions than in does about the inclusions.

Bird was an emotional umpire on the field. He managed to earn the respect of some of the more volatile players using his infectious humour and the players have earned his respect as well as evident in his list.