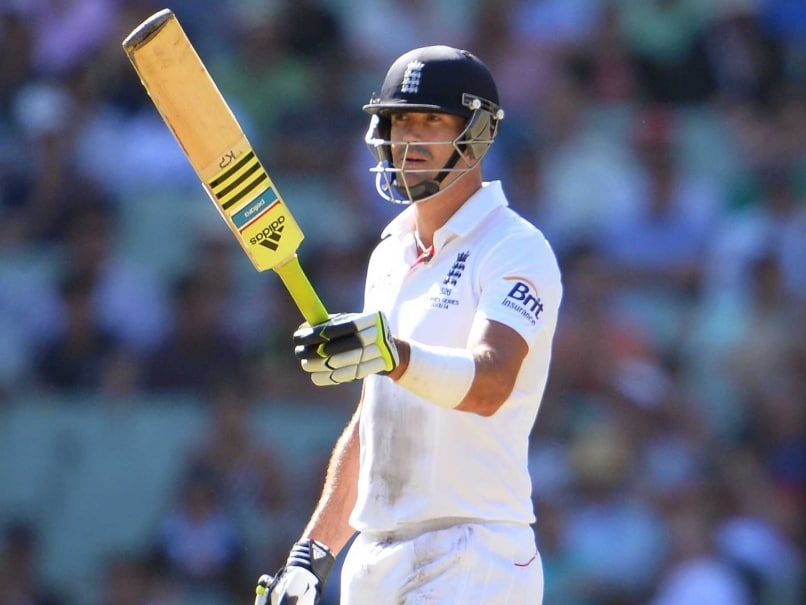 Kevin Pietersen became the fastest batsman to reach 1,000 first-class runs for Surrey before falling relatively cheaply to Essex's New Zealand all-rounder Jesse Ryder in the Second Division of the County Championship on Sunday.

Pietersen, in his 17th innings at this level for Surrey, needed only two balls at The Oval to score the two runs required to surpass the previous Brown Caps record for the quickest 1,000 runs of 18 innings shared by former England batsman Mark Ramprakash and Zander de Bruyn.

But it is big scores that Pietersen, out of the international reckoning since being controversially axed last year following a 5-0 Ashes thrashing in Australia, needs if he is to have a chance of regaining his England place.

Dropped on 27, he was undone when, going neither back nor forward, he was lbw to a ball that kept low from medium-pacer Ryder, the bowler punching the air in delight as he captured Pietersen's wicket.

In all Ryder, who took an economical three for 54 in 18 overs, had three lbw victims on Sunday with Sri Lanka great Kumar Sangakkara seeing his innings of 52 off 103 balls, including six fours and a six, come to an end when he tried to work the Kiwi legside.

Surrey finished the day on 293 for five, with Rory Burns making 78 and Steven Davies, fresh from his maiden first-class double century, an unbeaten 69.

Elsewhere in the Second Division, South Africa's Ashwell Prince completed his third hundred in successive Championship innings against Kent, his 106 the centrepiece of Lancashire's 317 for five at Old Trafford.

In the First Division, England limited overs international Alex Hales continued his quest for Test recognition with an innings of 136 not out for Nottinghamshire away to Hampshire.

Former England opener Marcus Trescothick (140) was also in the runs and shared a third-wicket stand of 261 with James Hildreth (187) after Somerset were sent into bat by Australia's Adam Voges, the Middlesex captain, at Taunton.

Comments
Topics mentioned in this article
Kevin Pietersen Jesse Ryder Cricket
Get the latest updates on IPL 2020, check out the IPL Schedule for 2020 and Indian Premier League (IPL) Cricket live score . Like us on Facebook or follow us on Twitter for more sports updates. You can also download the NDTV Cricket app for Android or iOS.